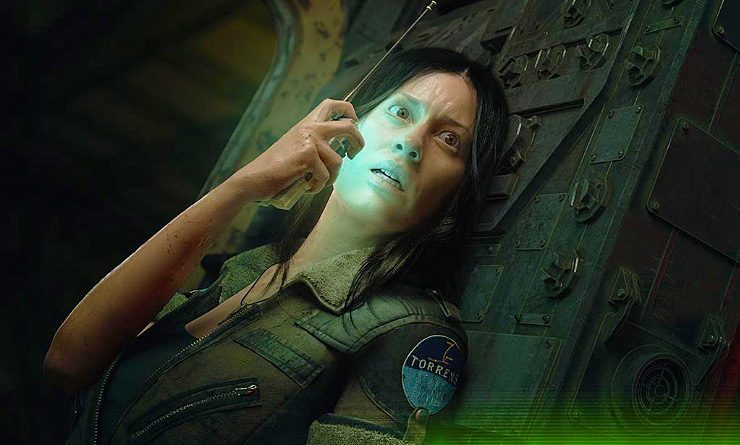 After seemingly years of rumors, a follow up to the fan-favorite Alien: Isolation has finally been revealed. It turns out that Alien: Blackout trademark unearthed last month was the real deal, as the game has been officially announced…for iOS and Android. Not that there’s anything inherently wrong with mobile games, but I don’t think this is what fans of Isolation were hoping for. You can check out a quick teaser trailer for Alien: Blackout, below.

And here’s a handful of screenshots to scope out:

Alien: Blackout stars Ellen Ripley’s daughter Amanda, who once again finds herself up against a xenomorph threat. The game is being developed by D3 Go!, who have also worked on games like Marvel Puzzle Quest and something called Adventure Gnome, so it remains to be seen if they can handle a horror game. Here’s the official Alien: Blackout description from D3:

The terror of Alien is brought to life in Alien: Blackout. Try to stay alive while trapped aboard a crippled Weyland-Yutani space station carrying a deadly Xenomorph as it tirelessly hunts you and the crew. Survive seven fear-inducing levels by remotely guiding Amanda Ripley’s crew through increasingly challenging tasks using only the station’s emergency systems. The uncertainty and unpredictability of both the alien and her crew can impose total defeat for Amanda and the entire station.

Survive or Die
Using only the space station’s limited power supply to operate a holographic map, surveillance cameras, and motion tracker, attempt to remain hidden and protect your crew from the perfect hunter in seven fear-inducing levels.

Encounter Fear Again and Again
Every decision can lead to a different conclusion. Players can test different strategies and theories to outlast the Xenomorph in pursuit of victory!

I’ll admit, I have some mixed feelings about Alien: Blackout, but I’m willing to give it a chance. There are also rumors Creative Assembly are working on another Alien game, so we may still get a full-fledged PC/console sequel to Isolation. The Blackout teaser trailer ends with the message “Amanda Ripley: Read. Play. Watch.” implying there are wider plans for the character.

Alien: Blackout is expected to launch on iOS and Android on January 24.