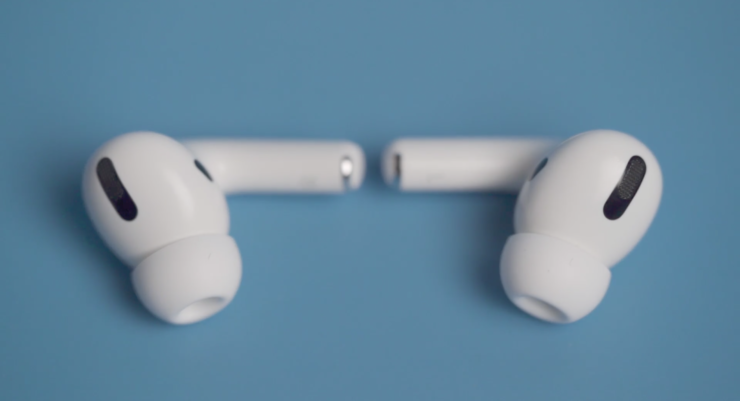 Following a string of consecutive leaks, the Apple AirPods Pro were quietly launched yesterday. The new earbuds solve longstanding problems with Apple's earbuds. While the company quickly launched an excellent gadget in the market with first-generation AirPods, it failed to keep with competitors whose products were ergonomic. Now, in the form of the AirPods Pro, we get a product that's a blend of design and silicon.

The new earbuds address a series of serious shortcomings, and up doing so without a new chip. Apple's decision to equip the AirPods 2 with an SiP powered by the H1 chip is permanent, and through the AirPods Pro, we can see what this chip is also capable of noise cancellation. The SiP is aided by a new design that does a lot simply through its form. So if you're wondering to get one for yourself, you've come to the right place. Take a look below to learn more about the AirPods Pro.

When evaluating a truly-wireless earbud, a few parameters in addition to sound quality need to be kept in mind. These cover Bluetooth connectivity, pressure-based input, ergonomics and active noise cancellation. Apple lacked in the last three areas with AirPods 2, and if you want a superior experience, a $100 extra will offer you a superior experience.

Early reviews of the gadgets have confirmed that the new design actively and passively improves noise cancellation. The AirPods Pro are shorter than the AirPods 2, but their sensor housing is heftier, due to the need of incorporating more hardware. The new earbuds have two microphones that filter out sounds outside and inside a user's ears. Both detect extra noise and help the hardware cancel it out.

The AirPods and AirPods 2 have a serious design flaw that really doesn't let sound flow efficiently inside a users' ear canal. Both cannot filter noise entering inside the canal, and their drum is parallel to a user's eardrum. Therefore, the audio that's generated by the drum doesn't maximally enter the ear's inside, and noise entering from the outside isn't filtered out effectively once it's inside.

The AirPods Pro solve both problems and remain more compact than the next best thing, which is Sony's WF1000MX3. In the stem of the earpieces, Apple's also introduced pressure based functionality. By pressing the stem, a user can navigate between three modes. Active noise cancellation shuts off ambient noise completely, while transparency mode is designed to let in only noises generated from traffic, trains, speech and other situations that a user will frequently encounter.

We tested this feature on the Nuheara IQBuds BOOST, which will offer you similar if not better noise cancellation functionality than Apple's product. However, since the IQBuds are designed for users with hearing impairment, they're unlikely to attract a large market. A wider sensor housing also allows the AirPods Pro to shift their center of gravity inside the auricle. To get a better sense of the AirPods Pro's noise cancellation, and their comparison with the Sony WF1000MX3, do check the video linked at the bottom.

The AirPods Pro's passive noise cancellation is aided through customized ear tips that are designed to tightly fit with earbuds' tip. The new earbuds increase the AirPods 2's mesh microphone's surface area to improve a user's communication during audio playback, meaning that you'll be able to talk to people while the earbuds are inside your ear and playing music.

Should You Buy Apple's AirPods Pro Early In Their Launch Cycle Prior To Market Testing?

Given Apple's manufacturing standards, the AirPods Pro should deliver a better listening experience over their predecesors. For even if Apple hasn't changed its audio output hardware, the changes to AirPods' form are sufficient to boost performance. Early reviews of the product don't compare them with many competitors, and the consensus from those that do suggests that they outperform a couple of them such as Sony's WF1000MX3.

The verdict? Well if you've been looking to get a decent pair of earphones either for the daily commute or for exercise, the AirPods Pro feature sufficient upgrades over their predecessor to make them an enticing buy. Do check out the video by Huxiu linked here. It's the best review of the AirPods Pro's performance out there. Just be sure to look at the video for the gadgets' noise isolation tests.

Here's iJustine's unboxing of the AirPods 3. You can take a look at Apple's custom ear tips for the earbuds here.