File sharing through Bluetooth has been a feature from the time Bluetooth enabled phones started to surface. Although iPhone, iPod Touch(from the iPod Touch 2g) and the iPad had Bluetooth from the start,  OBEX file transfer protocol was never officially supported. The Bluetooth profile can only be used to pair audio headsets or speakers.

This changed when "Cocoa Nuts" released Celeste Bluetooth File Sharing on the Cydia Store. However, it had a major drawback, it only supported file transfer from iOS devices to iOS devices.

Thanks to "if0rce", we get a new Bluetooth File Sharing app for iOS which supports cross-platform bluetooth file sharing and the latest iOS 5.0.1 too. This tweak does not require any application to transfer files as it supports all the native system apps (such as Notes, Voice Memos, Contacts, Music, Videos, Photos etc), configuration and can transfer at a speed of 170 kb/s. Besides Bluetooth, it also supports WiFi transfer between iOS devices and if the two devices are on the same LAN, AirBlue Sharing will try to use WiFi connection to transfer files with a speed up to several Mb/s. It also offers to send files through the widely used and known, iFile. 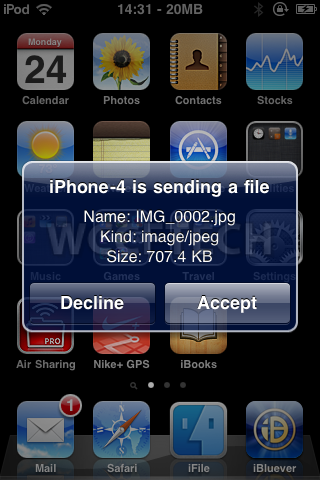 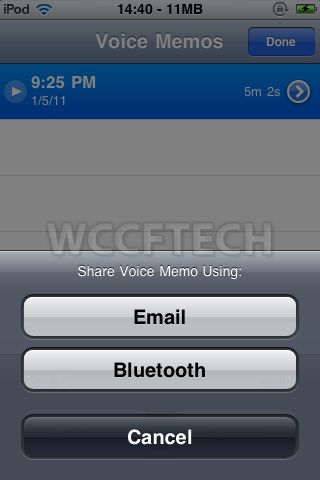 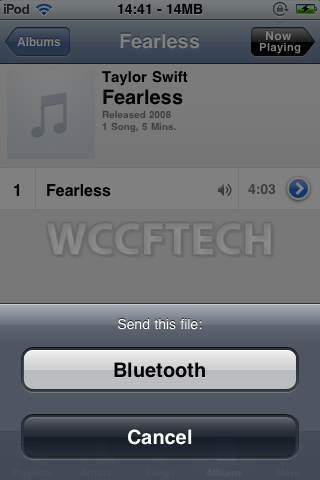 Videos of the tweak:

Airblue Sharing costs $4.99 on the BigBoss repository and is a must-have for everyone owning a iDevice.