Aion Is Next To Join The Free To Play Party

It is a growing trend for games to go Free to Play; Star Trek Online, Lord of the Rings online and All Point Bulletin are only the few popular MMO games to name which recently went Free to Play after being pay to play like World of Warcraft. Aion was a very graphic intensive MMORPG which showed a lot of promise and really brought new things to the table, but sadly World of Warcraft is too big to compete against and just like all other MMO's before them they had to go free to play to increase their player base. Will we ever see the day where World of Warcraft becomes a proper free to play? (What the heck can you possibly do with unlimited Level 20?) 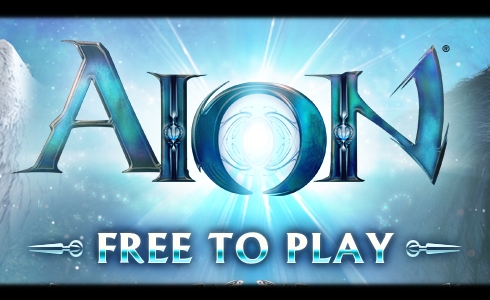 In the world of constant competition over the throne of MMORPG another competitor has dropped out of the race and has gone free to play just like many others before it. Aion which was a more graphic intensive MMORPG is among the latest entries into the world of Free to Play, Earlier this year a number of MMO's also went Free to Play such as Star Trek Online, Lord of the Rings Online, Champions Online, DC Universe Online and All Point Bulletin. All these games went from pay to play to Free to Play, while the change did increase the player base substantially it just shows that competing against a game such as World of Warcraft is impossible. Despite reports of a decline in players this year the game is still strong and has not given up on its principle of maintaining a pay to play rule.

A full statement from the official AION site is available below:

There's good news for all Daevas and those who wish to become one: from February 2012, Aion will be switching to a free-to-play model. The monthly subscriptions will be dropped and the basic game content will be available to you for free from the start. Additionally, we will be offering special packs that offer you further liberties: for example, opening your own store and collecting an unlimited daily amount of aether and essences.
The existing players have special reason to be happy - they will be rewarded for their loyalty and can look forward to bonuses! More information on this can be found in the 'Free-to-Play Model' section.

At the same time as the switch to free-to-play comes a change in publisher. In Gameforge, NCsoft has a strong partner at its side in order to further develop and constantly improve Aion. The Gameforge team will not only be responsible for the new servers but will also take on responsibility for the operation and support of the game. We are always open to questions, suggestions and criticism, with the aim that we can mould Aion to incorporate your wishes.

You can find answers to many new features and any questions you may have in the FAQ. Information on many different topics has been gathered there with the hope of clearing any doubts you may have. If you have any questions that aren't answered, or should your expectations have not quite been met, you are more than welcome to send us an email to support@aionfreetoplay.com. Our support team will get back to you as soon as possible.