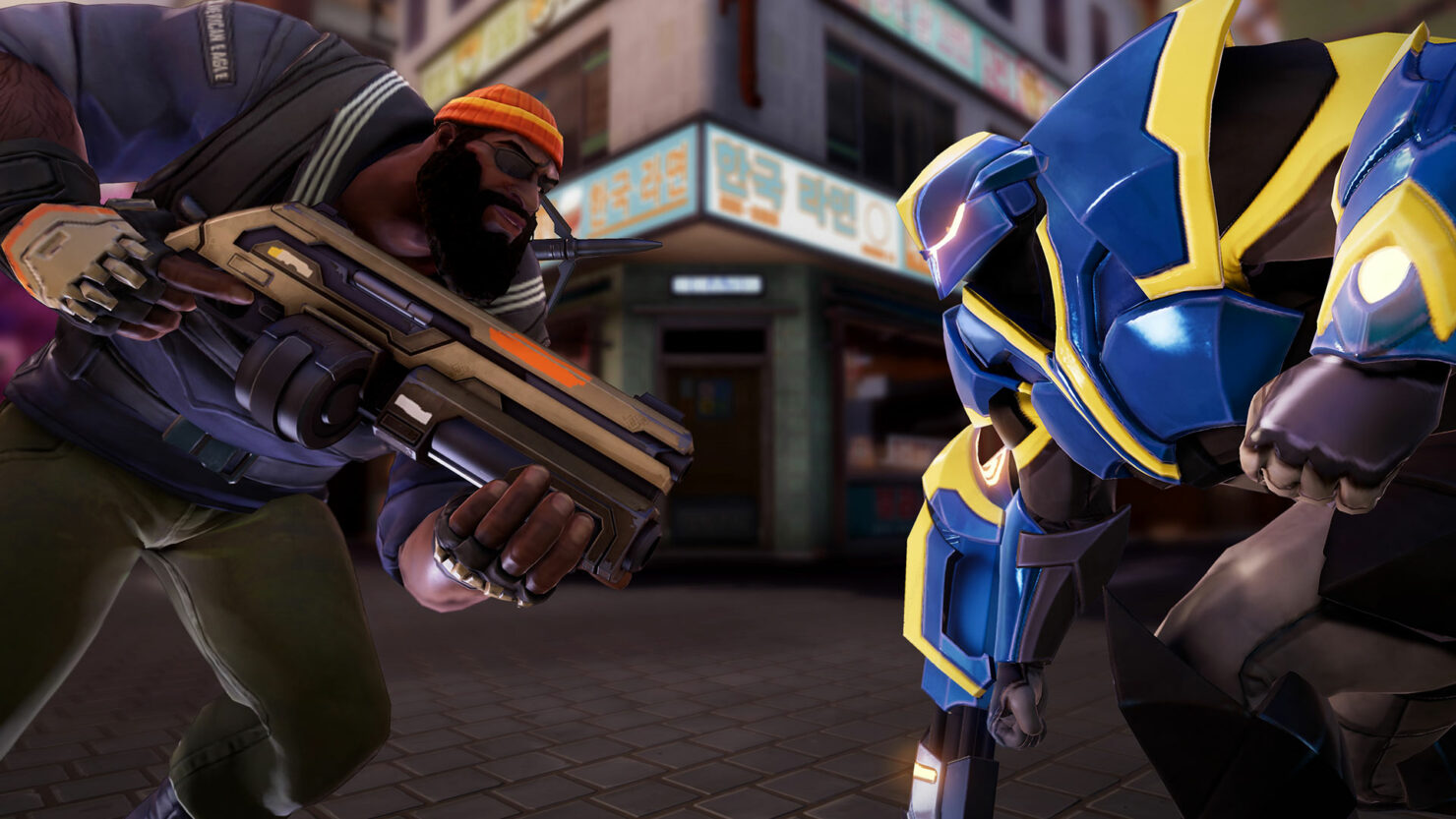 E3 2017 marks the second time I’ve been able to get my hands on Volition’s up and coming open world comic adventure, Agents of Mayhem. A lot can change in a year, both in terms of content and polish. Getting back into the game and hitting the streets of an open world Seoul drew me back into that comic book world and I was glad to see it all once more.

The connection to the Saints Row universe is much more evident this time around with the inclusion of one of Stilwater’s most infamous rogues, Johnny Gat. While this slick haired gunman wasn’t able to form up in my three-person squad, just having the addition of a Saint might lead to the inclusion of other iconic characters in missions or elsewhere in the open world Seoul. Hollywood’s various squadmates that encompass the Agents of Mayhem each have their own distinct personality and style that feels ripped straight out of the 80’s era of comic book heroes, only with a bit of R-rated flair thrown on for good measure.

Although brief, I had the pleasure of seeing more of the open world than previously before. For starters, being able to finally get behind the wheel of one of Mayhem’s custom rides was something that I missed from last year’s preview. While still on the looser side of control, the driving felt responsive enough to take a corner at high speeds with a quick tap of the nitrous to help slingshot around curves, although the camera still left a little to be desired. Commandeering vehicles on the street is still an option, but who needs that when you can just call in an Agency car and zip around the city in style? 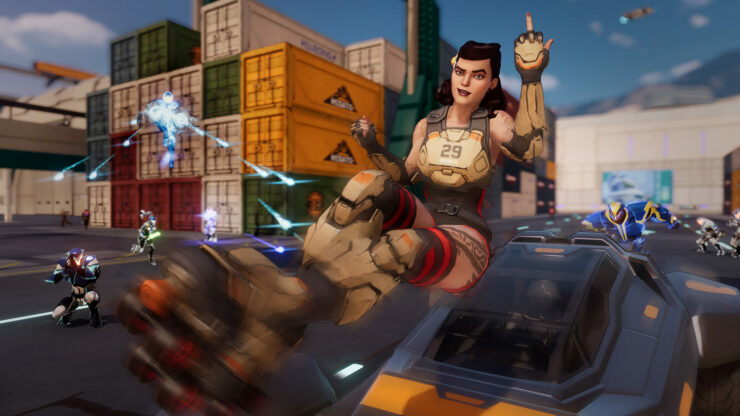 Controlling a three-person squad requires a bit more in tactical planning than just charging into battle with both guns blazing. This was especially true on the higher difficulty setting, which I opted for to get a proper Agents of Mayhem experience and the chance at better loot. Trying to stick to a single character usually wound up with that character getting knocked out in only a few seconds of concentrated fire. To get around that, I leaned a little more on my squadmate Oni, who in addition to having perks that give him additional damage when pulling off headshots, can also go invisible. This gave me a nice out whenever I needed to pull back and recharge, though I could see it also being useful for sneaking up on unsuspecting patrols or enemy targets just waiting to get shot in the face.

I’m sure the conventional player wouldn’t need to worry about team synergy as much on Agents of Mayhem’s introductory difficulty levels, but for those seeking a proper challenge, weaving gunplay and Gremlin tech together across the three-man squad is essential to saving the day from LEGION. Having much of the team’s abilities and special perks operate on timers rather than consumable items felt like a simple yet smart move on Volition’s part. Whenever one character finished putting their tech to use, I felt inclined to swap to another squadmate and keep the action going, rather than running blindly around the map hoping for some extra grenades or ammo to drop. 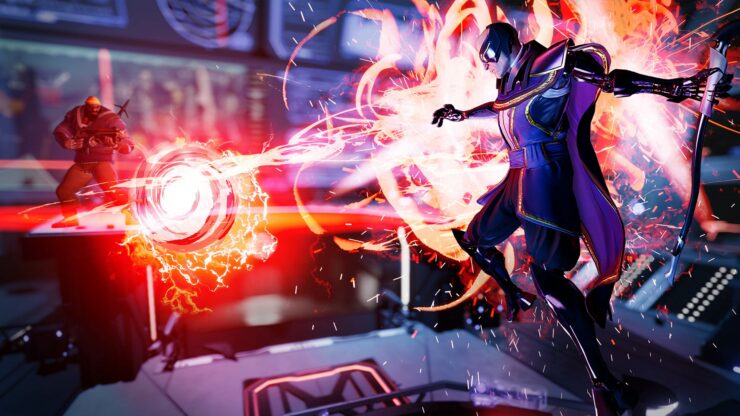 The gunplay in Agents of Mayhem still feels a bit on the looser side, although the same could be said for just about any other open-world shooter on the market. Don’t expect to be triple jumping through the air and popping off headshots one after another without a little jankiness to the controls. Still, it’s quite noticeably improved from last year’s build and Volition hasn’t made a shooter that hasn’t been fun to play. Layering together each Agent’s unique ability with gunplay and Gremlin tech can alleviate the need for such tactical precision and as long as I can still run-and-gun with Hardtack and his shotgun. High difficulty (which, again, is up to the player to decide how difficult they want their missions to be in exchange for better loot and XP) missions will need a much more synergetic approach, so picking a player than can mitigate the enemy’s shields and defenses or maybe throw out a stun grenade to earn some free hits.

If you can handle an open-world action game that doesn’t aim for realism (and let’s face it, 80’s comic book heroes never did either), Agents of Mayhem is certainly one to look for. It might be a while before we see another chance to set foot in Stilwater, so taking a trip to Seoul with Johnny Gat and a dozen other Agents of Mayhem could be the perfect way to ride out the Summer.

Be sure to check our interview with Kate Nelson, Producer at Deep Silver Volition, to learn even more about the game.