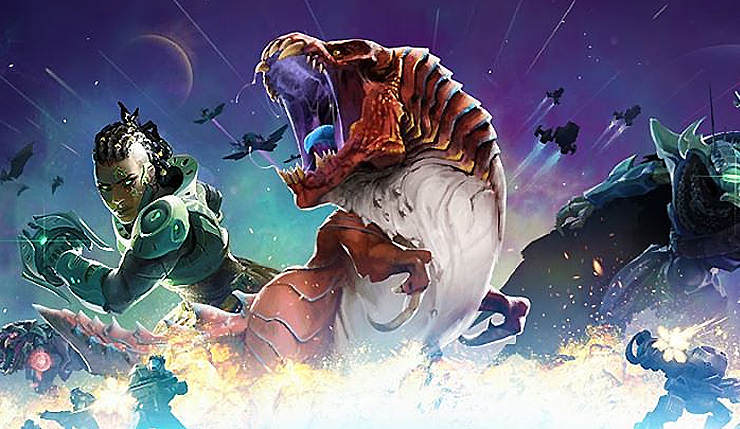 Last year Age of Wonders: Planetfall launched to a solid response from 4X strategy fans, and now developer Triumph Studios is building on their sturdy foundation with the big, bad Tyrannosaurus update. Based on feedback from fans over the last six months, the update rebalances and expands Planetside in a pretty major way -- it’s essentially a relaunch for the game, and all the new features and content is free! You can check out a trailer for the T. Rex update, below.

Players will be able to experience long-requested features such as the addition of even greater ranges for difficulty settings. Multiple sliders can be adjusted to change how much resistance will be faced for a very casual or extremely intense game. In addition, the new Exploration Sites provide an added layer of strategy and gameplay to the mid-game phase awarding unit buffs and economic bonuses. A returning fan-favorite feature is also coming back in this update, ‘No Colonizer Mode’ which gives players the ability to block colonizers from creating new colonies making battles much more military-focused with smaller scale empires.

Other New Features include:

While I generally enjoyed Age of Wonders: Planetfall, I did find the game’s tactical battles a little repetitive and it’s AI kind of a pushover, so I’m definitely on board for most of these changes. You can check out my full review of the Planetfall here.

Age of Wonders: Planetfall is out now on PC, Xbox One, and PS4. The Tyrannosaurus update should be available to download now on all platforms.