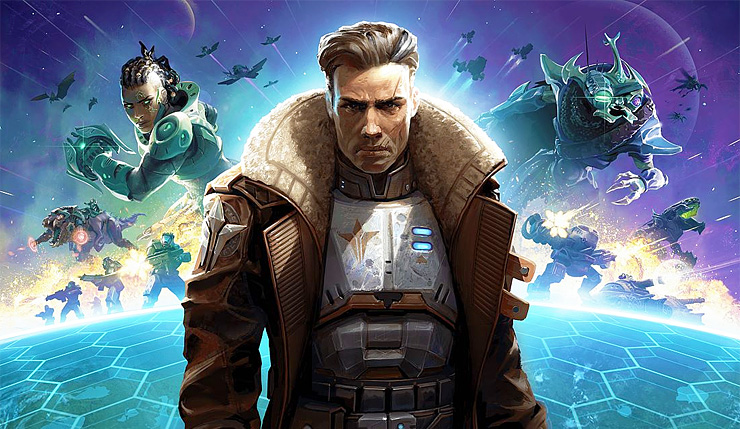 Last year Paradox Interactive announced Age of Wonders: Planetfall, a new sci-fi take on the long-running 4X strategy series. We haven’t heard a whole lot about the game since then, but now it’s reemerged with a release date and new cinematic trailer. Check it out, below.

Want to know more? You can get a taste of Age of Wonders: Planetfall’s gameplay in the following videos, which detail some of the game’s factions, including the Amazon, Dvar, Kir’ko, and Vanguard.

Looking pretty solid! I’ve always thought the Age of Wonders games were underapprciated – hopefully the series can make a successful jump from fantasy to sci-fi. Of course, Age of Wonders: Planetfall will launching with the usual assortment of bundles -- the $50 base game, $60 Deluxe Edition, and $80 Premium Edition, which includes a Season Pass. Here’s the full rundown of all the different editions from Paradox:

Pre-Order Bonus (for all editions)

Age of Wonders: Planetfall touches down on PC, Xbox One, and PS4 – pre-orders are open now. What do you think? Interested in Age of Wonders’ sci-fi turn? Can Planetfall compete with Paradox’s own 4X space strategy game Stellaris, or is Age of Wonders not the 4X leader it once was?