A whole lot of everything, that's what. If that spoils my impressions, then so be it. Putting it simply though, this is exactly what a definitive edition should be. This is a game launching at an RRP of £14.99 and to say that it comes with more content than you could ever hope to find is understating things. As a standalone game, you couldn't ask for more. As a way to promote Age of Empires IV, it's certainly placed the franchise to the front of my mind.

Developed by three studios (Forgotten Empires, Tantalus Media, and Wicked Witch Software), this is a project where you can see a whole lot of hard work has gone into it. From a massive overhaul of the AI, making a genuinely challenging AI foe, that seems to learn on the fly, to quality of life improvements, a massive visual upgrade and even some brand new content for players to fight their way through.

Let's talk about content. Age of Empires II: Definitive Edition is frankly too big to have even remotely scratched the surface in five days of me playing the game. Why? Not only does the game feature brand new content with 'The Last Khans' campaigns, but it also features every single campaign in Age of Empires II history. To put a numerical value to that, it's twenty-one campaigns, each containing multiple missions. The game also has sixteen historical battles for you to fight through. A few hundred hours of gameplay for you right there, not to mention skirmish and multiplayer and, of course, the editor.

I've particularly loved going back to the one campaign that, twenty years after originally playing it, I still remember. That would be the Joan of Arc campaign and particularly the mission that places you in the defence of Orleans. It's slightly more difficult than I remember it, though my abilities may have atrophied over time; more importantly, it's just as engrossing to play through as it was before. Actually, some campaigns are just better to play through now because boring objectives like "collect food" have been removed.

Drawing you into thousands of years of our history, the major events from some of the world's most influential people, that is a massive selling point of Age of Empires II. Following the story of these moments in history genuinely prevent some of the slower campaigns from becoming boring. This is only enhanced by the inclusion of text covering each of the empires available to you in the game, as well as information on concepts or specific people that some players may not be fully aware of, such as Feudalism or Charlemagne.

Playing through the campaigns is an absolute dream too, thanks to the many comforts that have been brought forward from modern RTS titles. Particularly notable is the increased population count, letting each faction have a maximum of five-hundred units. There's also improved building, and queueing and grouping have all been made more functional. All of it running perfectly smooth with no bug in sight. Should there be bugs in the definitive edition of an HD remaster? Well, not in theory, but with the amount of work that went into the game, I'm surprised I haven't found any.

In particular, I was expecting the AI to still be a bit of a mess, or rudimentary at best. Surprisingly, this isn't the case. As in most games, it can be easy enough to lure them into traps or funnel them as you please. When playing on more difficult settings, though, the computer seems to learn. It remembers your defences and adapts to them, will look to try different attack routes if possible and will pick off more valuable targets rather than just attacking whatever is closest. In other words, it's a modern AI put right into an older game, making it all the better for it.

I do still have an issue when it comes to diplomacy within the game though. Much like with the original Age of Empires II, the HD remaster and also with the definitive edition of the first title, it's just pointless. It seems the AI doesn't know how diplomacy works or just doesn't care. The same complaint can be levied with regard to the market places and trade routes actually. I'll set up caravans but I don't see any AI caravans roaming around anyway.

One complaint I had about Age of Empires: Definitive Edition was the lack of variety in the game. Naturally, that was always going to be a struggle because the original game didn't have that variety. Age of Empires II: Definitive Edition, on the other hand, has it in spades. Not only through faction-specific units, but there are also distinctive design differences between several factions. Considering the game features thirty-five different factions, you will have some overlap, but there's always something to differentiate them from the others.

That really is the core thing about this when you compare it to the definitive edition of the first title. When originally released, Age of Empires II had learned from the first and was well regarded as the strategy game of its time. Combining what made the original exceptional in the first place with the improvements that strategy games have today has kept it exceptional for the Definitive Edition.

It helps that the game has truly had a graphics overhaul too. Bringing a title as old as Age of Empires II to 4K resolution had to be a challenge for the developers, but the effort has certainly been worth it. To say it's a good looking game is an understatement, as it's now more than capable of standing toe-to-toe with other recently released titles. The visual overhaul is also joined by fully remastered audio, making everything sound clean and crisp, adding a real depth to the battlefield - particularly when that battlefield has hundreds of troops on it.

Some aspects also feel a little poorly optimised, at least when playing online. The further on in the game you get, with more troops down, more advanced buildings and generally more happening, the more the game chugs. I've noticed issues even when simply starting a game, though I haven't played too many matches online and this could be improved by launch. Also, I still don't like the pathfinding, having seen too many units getting caught around each other or nearby trees, or running around in circles.

If I had to make one more point about Age of Empires II: Definitive Edition is that it offers some of the best value for money I've ever found in a game. This is a game that will challenge you, give you hundreds of hours of gameplay through its campaigns and then an unlimited amount more through skirmishes and online. More than this, it also doesn't hold anything back, with all the old content and even some new. Also, the cheats have returned, something most companies would rather sell to you as a microtransaction these days.

So, the point of every review is really to see if the author recommends a game or not. Do I recommend Age of Empires II: Definitive Edition? Let me answer that question with a question: would you recommend a true modern remaster featuring all modern sensibilities and a top-notch AI, a game with hundreds of hours of gameplay in its campaigns and even more out of them, a game that looks and sounds great? You would. So yes, if you like strategy or Age of Empires, and even if you don't, this is one game that I can't help but recommend. 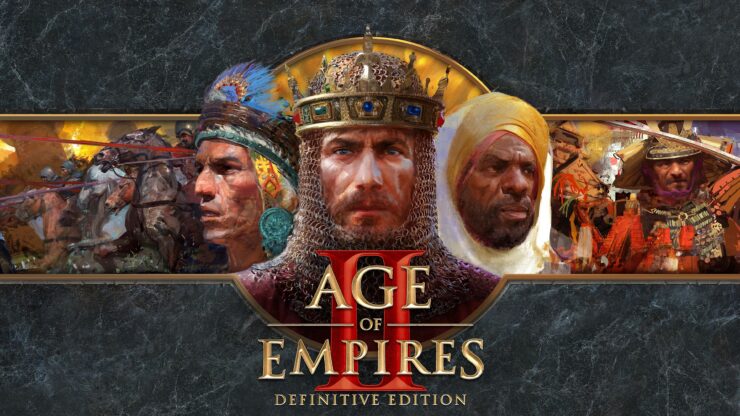