Yep, Flash is still (arguably) well and alive. Rated critical, Adobe has released new versions of Flash Player, fixing some 77 exploits. Recently discovered Flash vulnerabilities include stack and buffer overflow, type confusion, integer overflow, and memory corruption issues leading to code execution. The latest release also fixes some security bypass flaws. Most of these vulnerabilities could be exploited for arbitrary code execution. However, Adobe claims that there is no evidence of any of the patched vulnerabilities having been exploited by malicious actors. 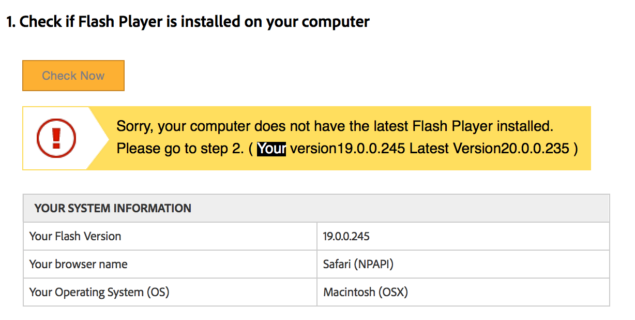 Adobe last updated Flash Player less than a month ago sending fixes for about 17 critical vulnerabilities. For the past few years, the application has been at the center of problems ranging from critical security flaws to poor performance issues. However, it seems like there are still a good few days left in the life of Flash.