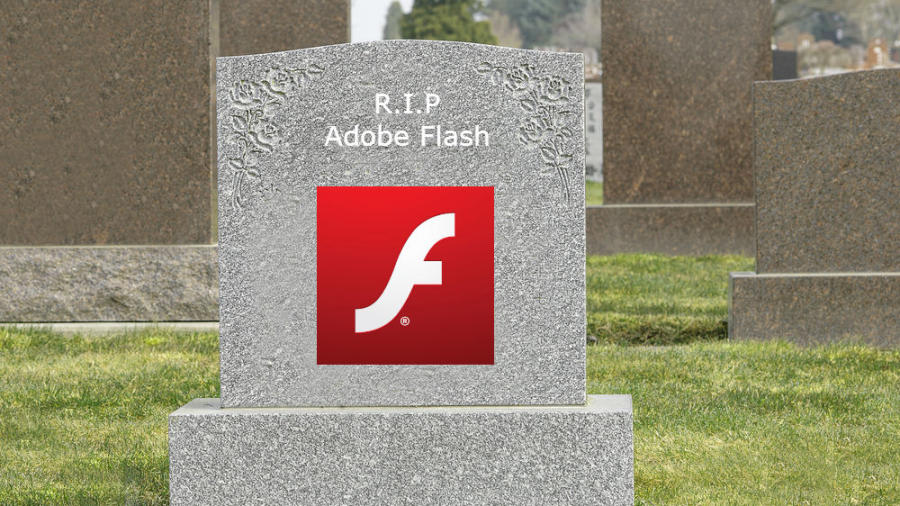 It seems like a season of oldies leaving the tech space for new products. Adobe has announced that it's finally retiring its Adobe Flash Player software for better products. The company said it plans to stop improving and distributing its Flash Player by the end of 2020.

We'll stop updating & distributing Flash Player by the end of 2020. More about our plans & a look at what’s next: https://t.co/P925Dozz6k pic.twitter.com/4Ss82ZfdeI

Created over 20 years ago, Adobe Flash powered most of the internet helping developers create video games, multimedia content, and run applications. Adobe acquired Flash in 2005 when it was running on over 98% of all personal computers connected to the internet.

The software undoubtedly helped millions to enjoy the early days of the internet, however, for more than a decade now it's become a hotbed for malware. Once a ubiquitous technology used to power all media content, the software has been replaced by better and more secure technologies.

Over the next three years, Adobe along with Microsoft, Google, Mozilla, Facebook, and Apple will phase out Flash. Companies like Microsoft and Google have already ditched the software within their browsers replacing it with HTML5. Now, all the major tech companies will help Adobe to finally put Adobe Flash Player to an end.

"Apple users have been experiencing the web without Flash for some time," Apple wrote in a blog post today. "iPhone, iPad, and iPod touch never supported Flash."

"For the Mac, the transition from Flash began in 2010 when Flash was no longer pre-installed. Today, if users install Flash, it remains off by default. Safari requires explicit approval on each website before running the Flash plugin." Apple

In its own post, Google went the nostalgic route. "For 20 years, Flash has helped shape the way that you play games, watch videos and run applications on the web," Anthony Laforge, product manager Google Chrome wrote. "But over the last few years, Flash has become less common."

"Three years ago, 80 percent of desktop Chrome users visited a site with Flash each day. Today usage is only 17 percent and continues to decline." Google

Govind Balakrishnan, Adobe’s vice president of product development for its creative cloud business said that the company believes that technologies like HTML5, Web GL, and WebAssembly that can display video and 3D graphics now "have matured enough and are capable enough to provide viable alternatives to the Flash player."

“Few technologies have had such a profound and positive impact in the internet era." Balakrishnan

The company will continue to provide security updates to Adobe Flash Player until the end of 2020. However, after that, no web browsers will support it and Adobe will stop releasing any and all updates to Flash. Three years may sound like a lot of time when killing a technology, but Adobe says that entire businesses are built around this technology and will require security patches until they are ready to move on.

"It’s taken a lot of close work with Adobe, other browsers, and major publishers to make sure the web is ready to be Flash-free," Google said. "We’re supportive of Adobe’s announcement today, and we look forward to working with everyone to make the web even better."