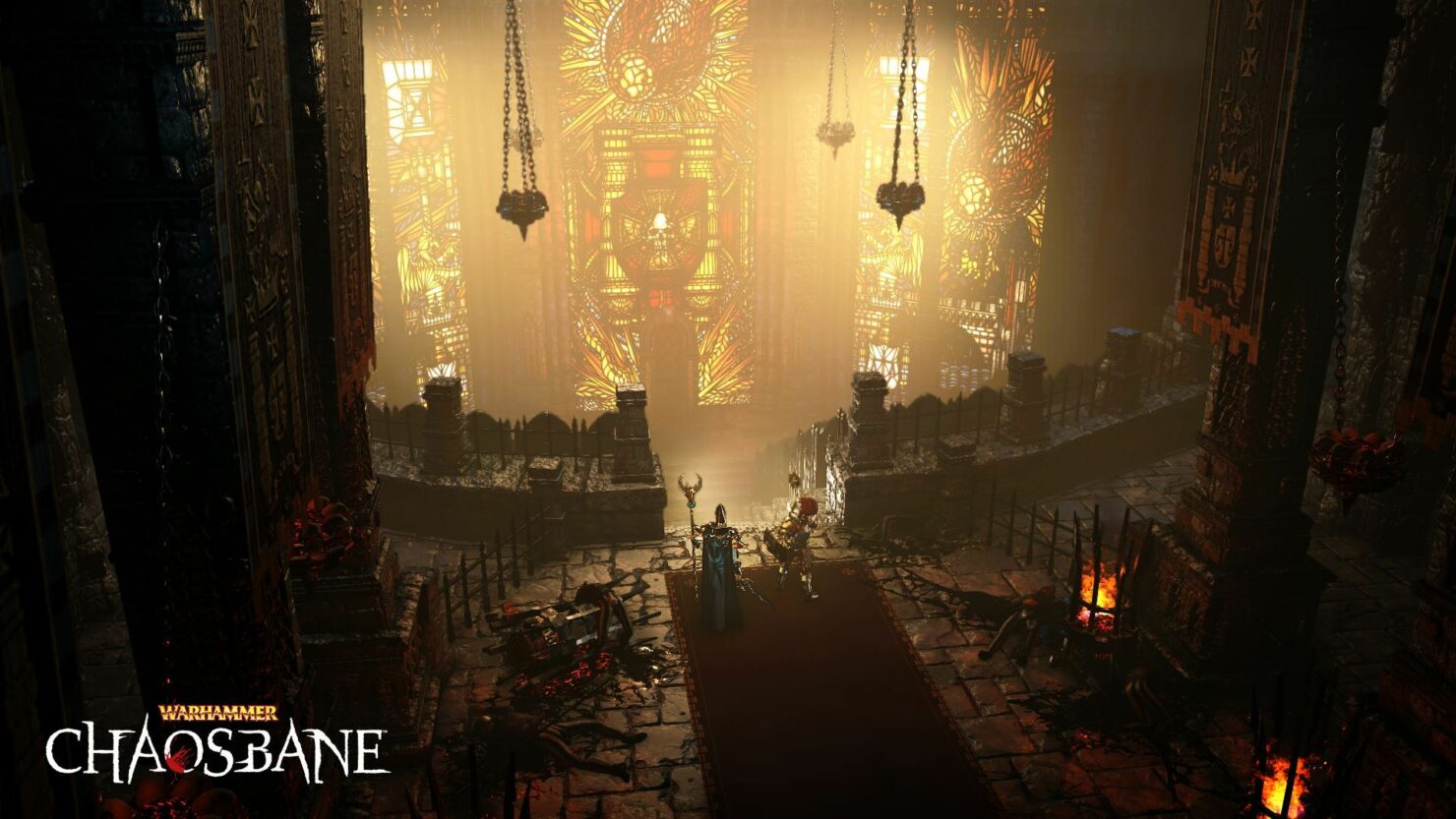 Warhammer: Chaosbane, the first hack-and-slash action RPG set in the Warhammer fantasy universe, has been confirmed for a June 4th release date on PC, PlayStation 4 and Xbox One. Owners of the special Magnus Edition will be able to enjoy early access to the game starting on May 31st.

Pre-orders for Warhammer: Chaosbane are available now digitally for Xbox One and at select retailers. These come with beta access (starting in March), a permanent experience bonus and a pack of four legendary helmets.

In a world ravaged by war and dominated by magic, you are the last hope for the Empire of Man against the Chaos hordes. Playing solo or with up to 4 in local or online co-op, choose a hero from 4 character classes with unique and complementary skills, and prepare for epic battles wielding some of the most powerful artefacts of the Old World.

• THE FIRST HACK AND SLASH set in the Warhammer Fantasy world, told through an all-new story written by Mike Lee (a Black Library author) and featuring a soundtrack composed by Chance Thomas.

• FEROCIOUS BATTLES: from the sewers of Nuln to the ruined streets of Praag, fight your way through monster hordes using over 180 different powers. Activate your bloodlust, a devastating skill, to escape the most perilous situations.

• 4 CHARACTER CLASSES, each with unique skills and customisation: a soldier of the Empire who can take heavy damage, a Dwarf specialising in melee combat, a High Elf who deals ranged damage by manipulating magic or a Wood Elf who lays deadly traps and wields the bow like no other!

• AN XXL BESTIARY with over 70 monsters aligned with the Chaos Gods and unique bosses. Battle Nurgle's minions, Khorne's spawn and waves of other vile creatures!

• OPTIMIZED FOR CO-OP: solo or with up to 4 players, local or online, the class synergy and interface have been designed for co-op. Combine different skills and powers to create even more devastating effects.

• HIGH REPLAY VALUE: Story mode, a boss rush mode, countless dungeons and regular updates offer a rich and varied gaming experience. And with 10 difficulty levels, you can find the right challenge to test your abilities.

How to Survive 2 Available now on Playstation 4