Recently, Taiwanese PC and laptop manufacturer Acer had announced that it plans to stay in the PC business for an indefinite period. Additionally, the company had also stated that it is working on a gaming tablet will be able to take on NVIDIA’s Shield Android gaming slate. Now, we are not sure about Acer’s commitment when it comes to the performance of its Predator gaming tablet, primarily because it’s hardware specifications have not been detailed. However, unlike the Shield tablet, Predator will feature a tactile feedback option that is similar to the functionality present in next-gen console’s gaming controllers. A feature like this is thoroughly paramount to improve the immersive element in mobile gaming applications but will it be enough to surpass the capabilities of NVIDIA Shield? 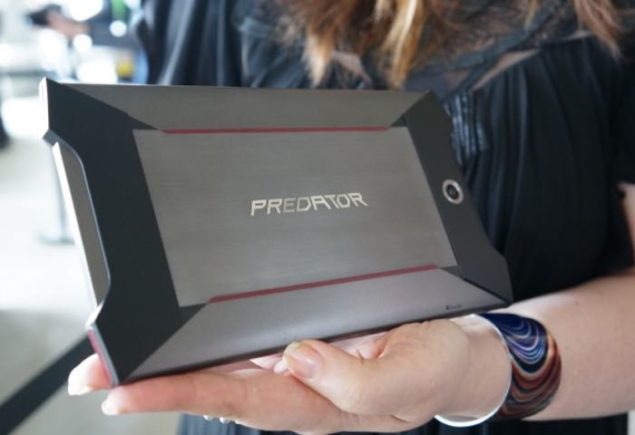 Currently, owning an Android gaming slate might flexibly allow you to take the mobile device when you’re away from your desktop or laptop machines. However, its ‘complete touch’ interface prevents a haptic feedback option like the one that is created when you stroke the key of a keyboard or a gaming controller. Acer’s CEO has stated that it will provide that option in order to deliver a near-congruent experience felt in consoles and other gaming machines. Currently, NVIDIA’s 2nd generation Shield gaming tablet does not feature such an option, but mobile gamers can purchase Bluetooth gaming controllers in order to agument their experience.

While that is a flexible approach provided by NVIDIA, there are two drawbacks to it. Starting, off, those Bluetooth gaming controllers are not going to feature a ‘nickel and dime’ price tag. Secondly, everybody knows the sporadic breakage of connections between two Bluetooth devices from time to time, which dismantles the entire gaming experience. Under the aforementioned circumstances, Acer has incorporated a worthwhile feature and we are certain that Predator features a Bluetooth module that will allow users to connect their gaming controllers with it, in case the tactile feedback feature is not up to the mark. 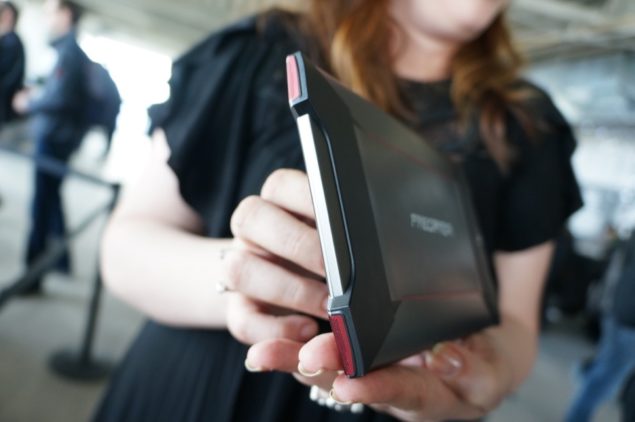 Without jumping to conclusions in haste, there is a one critical detail that Acer cleverly left out; Predator’s hardware specifications. NVIDIA’s Shield gaming tablet’s Tegra K1 SoC is still going strong when you want to restrict yourself to mobile gaming applications. Since the only hardware specifications of Predator that we know of is that it features an 8 inch screen size, we cannot state whether or not the product will give NVIDIA’s Shield a run for its money. Additionally, word is going around that the leading graphics processor maker is planning on releasing another portable gaming slate that will feature the company’s formidable Tegra X1 SoC.

If Acer plans on putting a dent in NVIDIA’s revenue generation for gaming tablets, then we should not expect anything less than Qualcomm’s Snapdragon 820, or MediaTek’s Helio X20, which is said to be running a 10-core processor, and exceeds 70,000 points in AnTuTu’s mobile benchmarking application. Pricing is also going to play a huge role in the upcoming skirmish when the tablet is officially announced during Q3, 2015. All we can say now is that after hearing Acer’s Predator gaming tablet news, we are certain that NVIDIA will be feeling slightly nervous.