With the launch of the Tegra X1, Nvidia managed to shake things up in mobile processors significantly. The Shield 2 , that's what we'll be calling the Shield successor from now on should be coming with the Tegra X1, which means that we get to enjoy Nvidia's high end mobile SoC fully built from the scratchup by Nvidia itself. 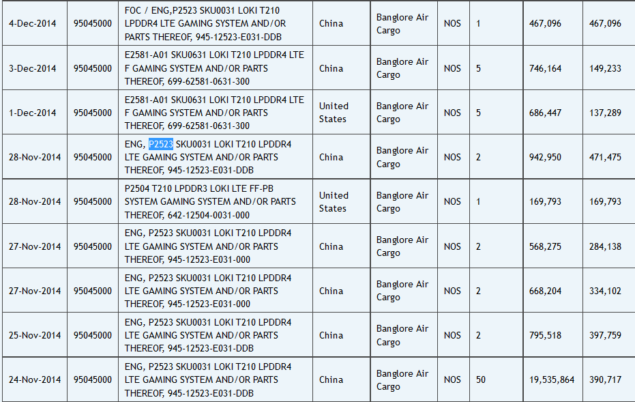 After earlier reports of the Shield Portable 2 being spotted on the Bluetooth Special Interest Group and the Wi-Fi Certification Alliance, its time for Zauba to show us Nvidia's next gaming handheld. The Shield 2 has earlier been spotted on both the Bluetooth Group and Wi-Fi Alliance's databases with the model number P2523. So far, we've been able to find out about the Wi-Fi capabilities of the device, with the Wi-Fi Certification spotting listing the device with capabilities to cover 2.4 and 5 GHz frequencies and use A, B, G, N, and AC bands. 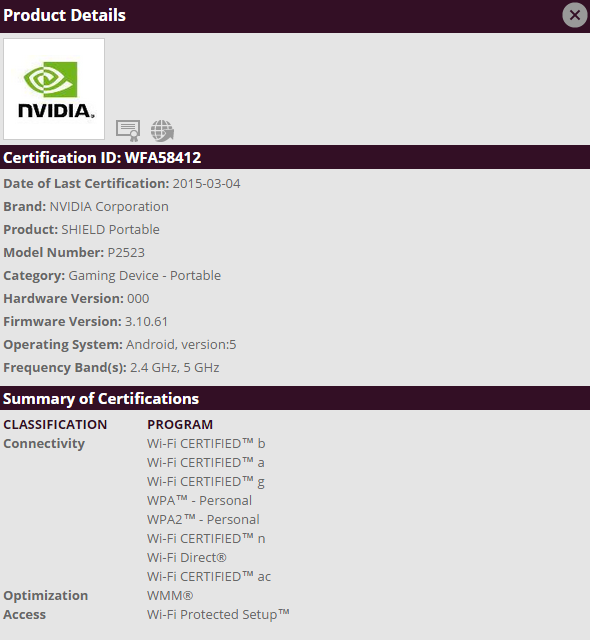 Today's Zauba spotting however mentions the device with the similar codename p2523 in more than one location on the database, as can be seen above. The database reveals a heavy shipment of the device capable with a LTE Gaming system and LPDDR4 RAM. Its the first time that we get to know the internal codename for the Shield 2 at Nvidia. Nvidia seems to be calling its Shield successor by the codename 'Loki' as can be spotted above. Sources of origin for both the devices are from China, with the United States also being mentioned twice. You can take a look at the listing here for details.

The Tegra X1 on a mobile gaming platform would mean a lot of great things for gamers and enthusiasts all around. Nvidia's latest mobile chip brings Maxwell into the mix, which with its DX12 support, 256 shader cores on board and an octa core design featuring four Cortex A53 and four Cortex A57 Cores with 2 MB and 512 KB L2 Cache respectively put the Tegra X1 far ahead than what is available currently in the market. Tegra X1 also supports the H.265 decoder, VP9 4K 60fps playback and nearly all the codecs that the Industry can throw at it. It supports displays upto 4K @ 60Hz or 1080p at 120 Hz over HDMI 2.0 (HDCP 2.2). Stay tuned, we'll keep you updated as this develops. And Thanks for the tip Flechatta!