Assassin’s Creed Origins: The Hidden Ones Launch Trailer Doles Out Death and Drama 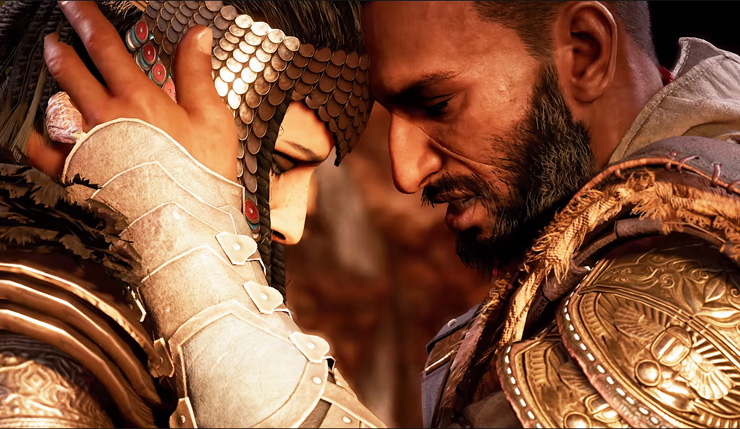 Get ready to paint Ancient Egypt red all over again, because the first Assassin’s Creed Origins story expansion, The Hidden Ones, arrives tomorrow. The DLC takes place four years after the events of the core game and further develops the budding rivalry between the newly-formed Brotherhood of Assassins and the proto Templar Order. Check out a launch trailer for the expansion, below.

Here’s Ubisoft’s official rundown of The Hidden Ones:

The Hidden ones is a story-driven expansion that builds upon the growth of the Brotherhood, taking players four years after the events of Assassin’s Creed Origins, as they clash with an occupying Roman force in a new region of the world, the Sinai. This expansion will increase the level cap to 45, allowing players to continue to upgrade and customize their character.

The Hidden Ones features:

Based on the launch trailer, it looks like The Hidden Ones will be fairly epic stuff, although it leaves us with a lot of unanswered questions. Who exactly are the Hidden Ones, anyway? How are they connected to the Brotherhood of Assassins? You'll just have to play the expansion to find out.

The Hidden Ones can be played anytime from Origins’ main menu, although Ubisoft recommends players be at around level 40 before they tackle it. The expansion is available as part of Assassin’s Creed Origins’ $40 season pass or can be purchased a la carte for $10. Word is, the expansion will take around 3 to 5 hours to play through, with another five or so hours required to clean up all the sidequests. Not a bad value!