A Year of Rain Preview – Strategy With a Twist

Daedalic Entertainment is known primarily for their point and click adventure games, particularly when it comes to internally developed games. The prime examples of these are titles like the Deponia series as well as the first two games within The Dark Eye series. In an interesting twist, the third title in the Dark Eye series - Blackguards - was a turn-based tactics game and hugely successful, becoming the company's highest grossing game at the time.

This resulted in an expansion of Daedalic's publishing range, with the company publishing titles like the outstanding Shadow Tactics: Blades of the Shogun and other titles of different genres like The Long Way Home and AER Memories of Old. This didn't preclude them from publishing further titles in the adventure genre such as Ken Follet's The Pillars of the Earth and State of Mind. In addition to the expansion of publishing, Daedalic Entertainment has also started to branch out in development with their next title being the Real-Time Strategy game A Year of Rain. 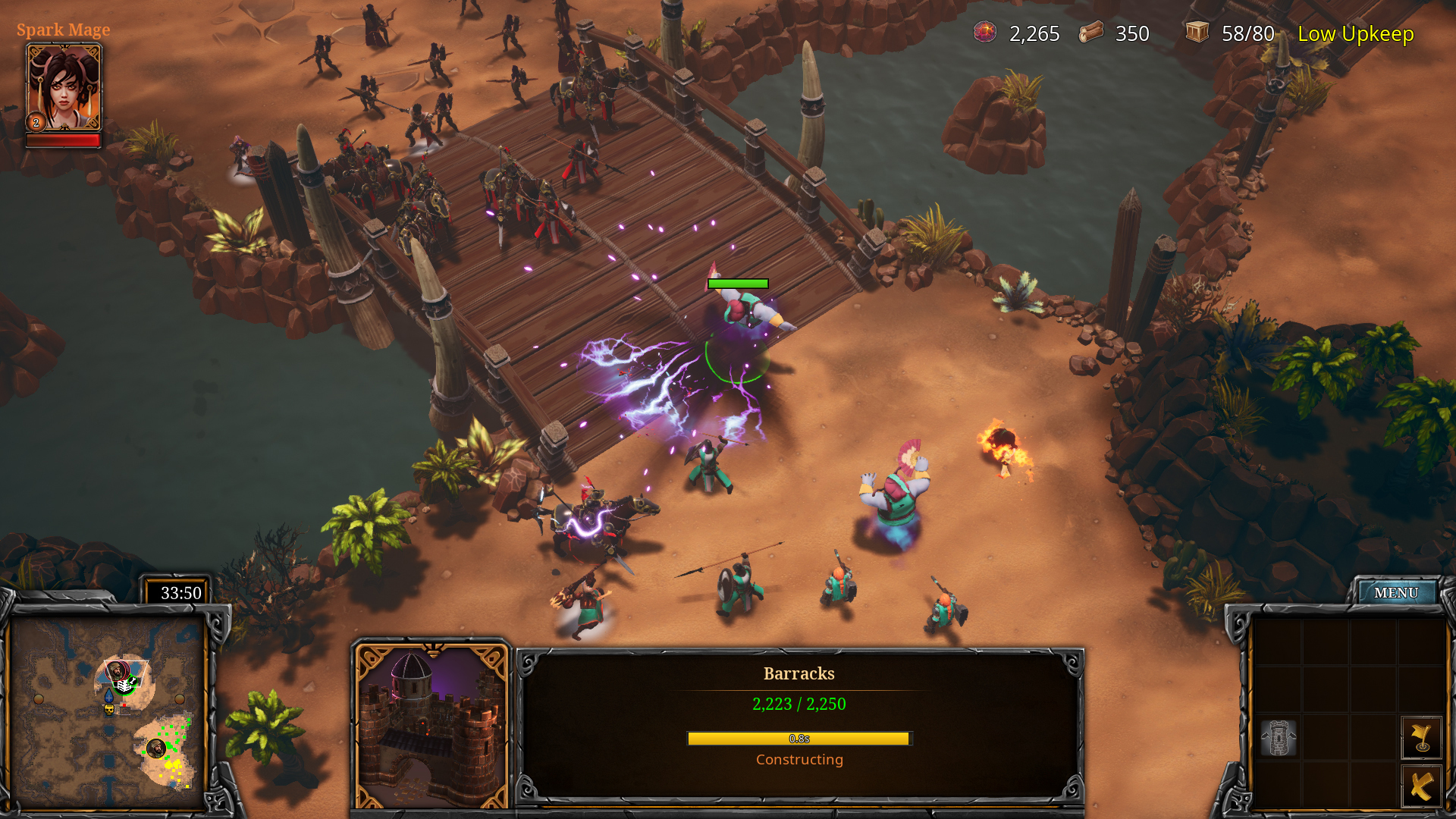 What is interesting about A Year of Rain is not only that it's the first RTS by Daedalic but also that they are making changes to what could be considered the basics of the genre. The primary change is that the game isn't technically a single player title, despite the fact you will be able to play the game alone. "What do you mean?" I hear you ask. Well, everything within A Year of Rain is designed with co-op in mind. In addition to this, Daedalic is very much targeting the game for a future in e-Sports.

It's the fact that it's a co-op oriented title both concerns and intrigues me. This is particularly true when you consider the fact that Daedalic is targeting a campaign with a detailed story and lore. In my experience, any multiplayer game that that tells a story suffers from a complication of one of the annoying mouth-breathers wanting to skip it. Fortunately, this will allow you to play solo, but with an AI controller co-op partner. However, this brings in the issue that the AI may not be good enough to meet the challenge.

Playing with an AI led army or hero as your partner is an option across all game modes from what I was led to believe. These modes include a 2v2 skirmish which plays much like any other RTS, with the added element of each side having a hero but also an asymmetric mode where you have two players controlling a hero each against two players controlling an army. This latter mode is called Against All Odds, though I can't say at the moment how the mode will be balanced or play out. 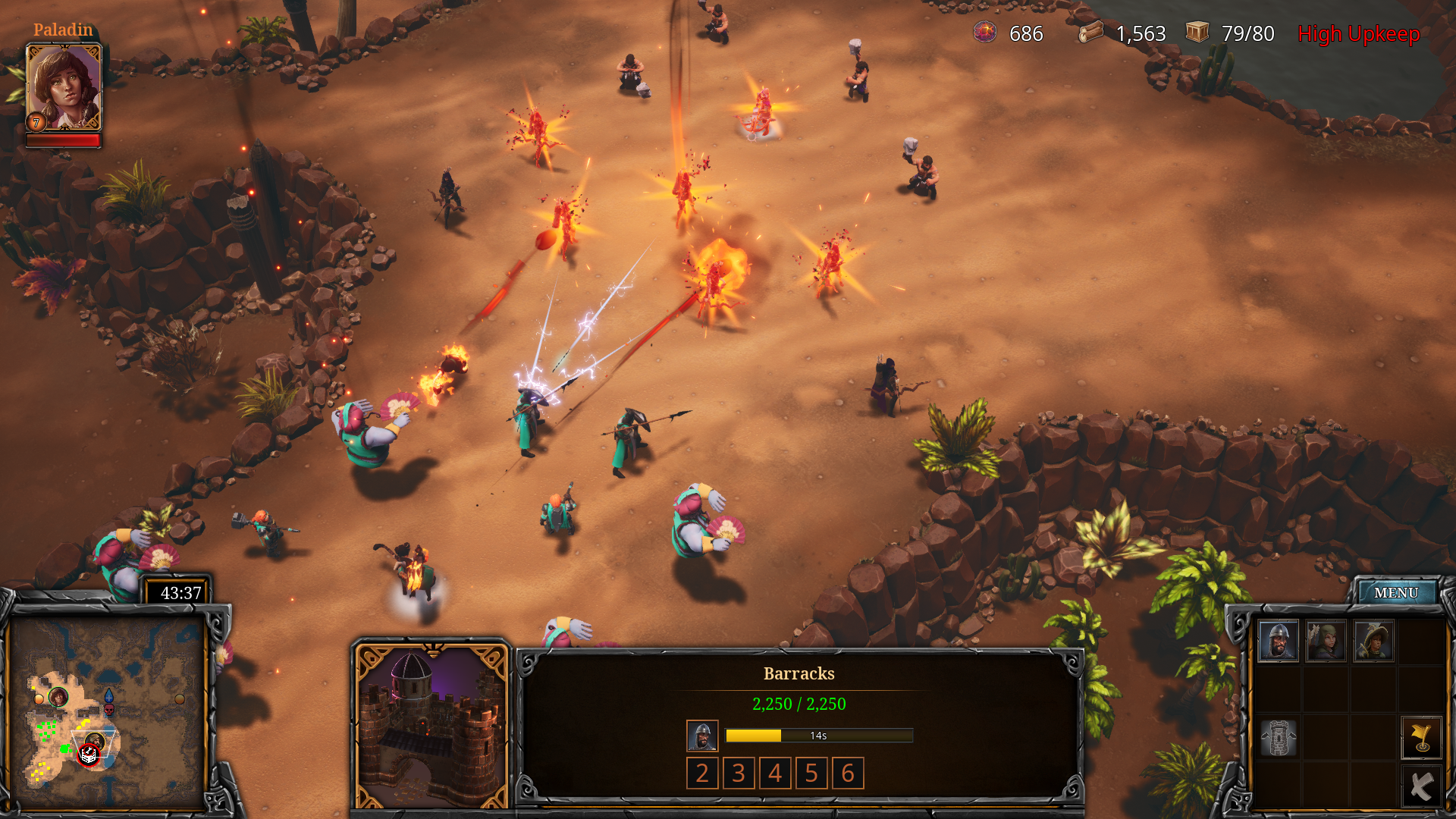 During the event, I was only able to play skirmish battles, though that did let me see how the game plays out both with hero control and how a skirmish battle can unfold. Your hero, which is selected at the start of a battle, has a few paths for you to work down. When you first start you will select if your hero is either attacking, defensive or support. This class then determines their skill options, which you can unlock and improve as you level the hero up by killing enemies within battle.

While I wasn't able to learn much about Against All Odds, during the skirmish I was able to understand and appreciate the aim Daedalic have with A Year or Rain. Despite the fact that the person I had a partner was, to put it mildly, useless at strategy games - we were able to win. This allowed me to see how the game will calculate scores from the battles, giving a higher score to those who have a larger impact and not necessarily those who have gathered the most resources or built the most buildings. It's essentially how effective you are with what you've got, rewarding the best players with more profile experience letting them unlock profile banners and images to let you stand out from other players.

At its core, A Year of Rain doesn't do anything revolutionary with the genre, though it certainly has some helping hands for those new. Everything is as you'd expect if you've spent time with any popular RTS games. Collect and use resources, of which there are only two, to build different buildings, research tech advancements and build units for your army. Then grab your army then point and click on the things you want to die.

However, some of these things you're going to kill are local monsters and not actually part of the enemy armies. These will be around the land that you are naturally going to want to move into, land that you can build another base on, giving you access to more resources. Why? Because resources in the mines and on the trees are finite. So far, so much the same. One area where the game helps people along is with an in-game tooltip that, should they use it, guiding players by indicating what to build or research to be able to reach their target. 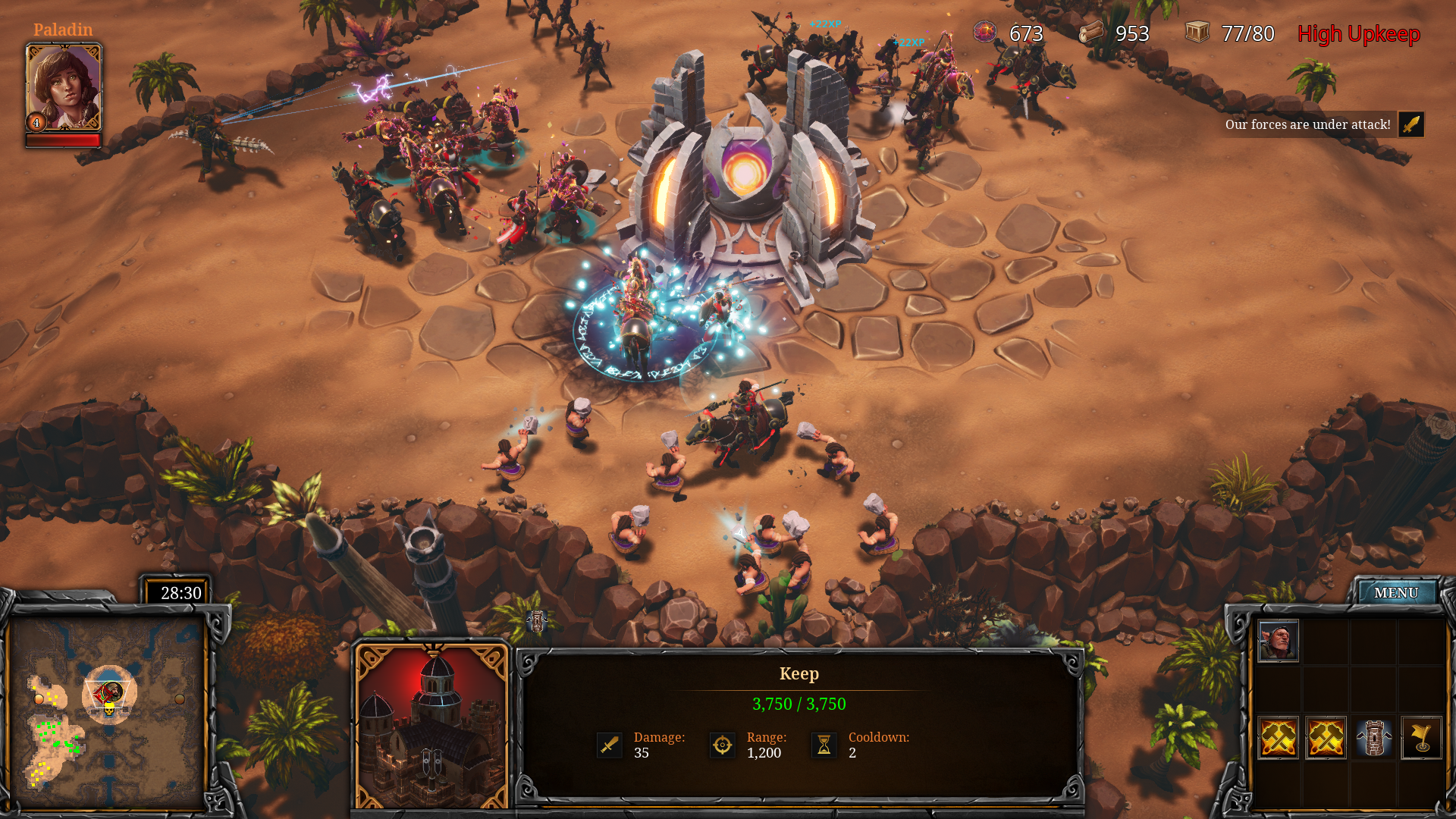 The reservations I had when first hearing about the co-op and MP focus for A Year of Rain weren't completely nullified by playing the game. This is primarily due to the fact that I wasn't able to experience anything related to the campaign, though I have to admit I'm already certain I'll be playing it solo, backed up by an AI-controlled ally. As to what the campaign will be about, time will tell - all I know from the event itself is that there are three factions so far, these being Lord Rupah (Humans), Undead (Undead) and Outcasts (Lizardmen and other unwanted races).

All of this will take place in a world that was once inhabited by a people that have long since died out, as represented by the ruins displayed in artwork for the game and said to be a feature of the maps within the game. At this early stage, all I can say for the aesthetical quality is that it's colourful, clean and easy to look at and manoeuvre through. The UI is still being worked on so it's not worth commenting on that for now.

A Year of Rain will be coming to early access on the PC later this year, with Daedalic promising that the game will be ready for e-Sports even when it releases in early access.