AER Memories of Old has some rather lofty aspirations. The game’s world, made up of a myriad of floating islands, is reminiscent of The Legend of Zelda: Skyward Sword and Wind Waker, and its visual style brings to mind indie favorites like Journey and Bound. It’s a bold ploy by developers Forgotten Key. Sure, you could argue copying from the best is a sound strategy, but if you crib your notes from the top of the class and still don’t get an A on the test, well, that’s on you.

So, does AER Memories of Old measure up to classics like Wind Waker and Journey? Or, if you don’t think those comparisons are quite fair, does the game least manage to stand on its own as a solid adventure? Time to see if this one flies or falls…

AER Memories of Old casts players as Auk, a young pilgrim on a quest to visit three temples hidden amongst the floating islands that dot the Land of the Gods. There isn’t much urgency to your quest -- the pilgrimage is depicted as a standard coming-of-age ceremony, although you eventually get hints that some manner of dark force is about to be unleashed on this picturesque world. Hmmm, a holy realm that’s being threatened by the reemergence of an evil entity that was once locked away by the Gods? Again, AER doesn’t exactly hide its Zelda influences.

Unfortunately, Auk isn’t nearly as endearing as Link. AER’s blocky, iridescent visuals can be striking, but the game’s blank-faced, inexpressive characters are difficult to empathize with. There’s a thin line between stylish and over-simplified, and this game stumbles over it occasionally.

Thankfully, Auk makes up for her flat personality by being fun to play as. While exploring the overworld, you can transform into an eagle at any time by simply pressing the jump button twice. Once in the air, the controls are straightforward – on the PS4, you move with the left-stick, press circle to flap your wings and use the shoulder buttons to pull off hard left and right turns. That’s all there is to it.

Cruising amongst the clouds is fun and relaxing, although most of what you soar past is mere scenery. The Land of the Gods is packed with dozens of floating islands, but AER doesn’t have any collectibles, gear, or in-game currency. Aside from discovering a few extra tidbits of lore, there’s no reason to explore any of the islands that aren’t directly tied to the central quest. Entire sections of the map can be safely skipped.

But AER isn’t all aimless flapping about – as mentioned, there are also a small handful of temples and sanctuaries to explore. These dungeons don’t contain any enemies (AER is, boldly, completely combat-free), but they do have a distinctly gloomy feel compared to the cheery, colorful overworld. Disappointingly, you also can’t fly while in the dungeons, which doesn’t make a whole lot of sense – all of them have their share of flying-friendly open spaces. The fact that AER’s most intricately-designed areas ban its most entertaining mechanic is more than a little frustrating.

With flying off the table, Auk is restricted to jumping and wielding her magic lantern, which activates switches, powers up ancient contraptions, and allows you to see ghosts, which may provide you with hints. Even with the lack of combat and limited abilities, AER’s dungeons can be surprisingly engrossing. Puzzles are just complex enough to be fun, and maps are satisfyingly knotty, twisting around and doubling back on themselves in surprising ways. None of AER’s dungeons are too confusing, you’ll rarely get lost for more than a couple minutes, but they’re demanding enough to give you those warm Zelda fuzzies.

And now we have to talk about replay. Usually, I try not to overemphasize game length – I’d rather a game be brief, yet memorable, than overstuffed and bland. That said, AER Memories of Old is a very short game. We’re talking around three hours long, with no real reason to return once you’ve seen the credits. There’s no New Game +, nothing extra to collect, and the game’s couple minor sidequests can be completed in around ten minutes in total. Perhaps if this were a fast-paced action game, three hours would feel appropriate, but AER teases a large, RPG-like world, only to deliver a quest with less staying power than a leaky helium balloon. You can’t help but feel somewhat let down.

This review was based on a PS4 copy of AER Memories of Old provided by Daedalic Entertainment. 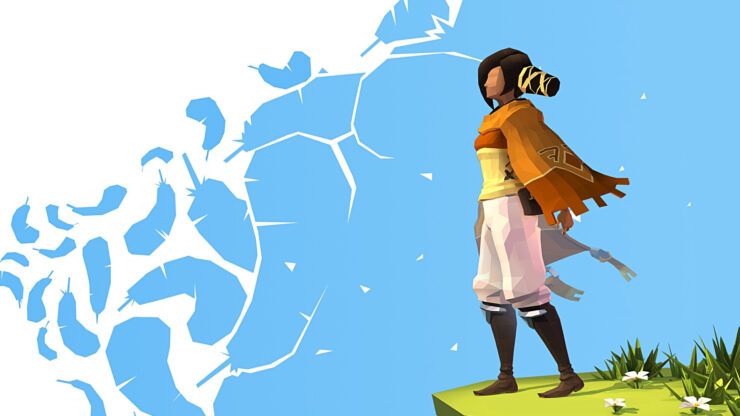 Ironically, AER Memories of Old doesn’t leave much of a lasting impression. It feels like a prototype you might show a publisher to convince them to fund a full game. What’s here is charming, but it feels underbaked compared to the games it patterns itself after. If you’re looking for a laid-back Zelda-like adventure and don’t mind spending $15 for a single play session, AER Memories of Old is a pleasant-enough distraction, just don’t expect to be swept off your feet.