With only two days left until Apple's 'Let Us Loop You In' event this month, a couple of things are expected to be one the agenda. This year, we're expecting to see a couple of new products from the company in Spring, something which should prove to be a breath of fresh air in the much predictable annual flagship upgrade cycle. As the smartphone industry evolves, periodic upgrades of design and specifications have become the only method manufacturers are able to compete every year; given that users expect things to upgrade at a quick pace.

Moving back towards Apple, the Cupertino manufacturer is expected to change things quite a bit in its gadget lineup this year. Last September saw both the iPad Pro and the iPhone 6s/6s Plus being launched; each with the respective focus on select user categories. With this in mind, general sentiment around expects a four inch iPhone and a smaller iPad Pro to be launched the day after; with the rumor mill also providing critical information.

As far as the iPad goes, we've seen a significant shift of things on the tablet lineup, with Apple's new strategy being extensive focus on isolated devices, in terms of user categorization and functionality. We saw the iPad Air 2 come with the A8X on board, marking a significant boost in processing power and a slim design factor that enabled the tablet to strike the right balance between performance, aesthetics and portability.

That beings said, things are now expected to head towards a smaller iPad Pro, most likely with the A9X on board, expected to come with a 9.7 inch screen on board. What other features, if any, will Apple introduce on the device, aside from the usual ones for the 12.9 inch slate aren't known right now. This begs the question that will the device be a replacement for the iPad Air lineup; or will Apple release another tablet later this year? 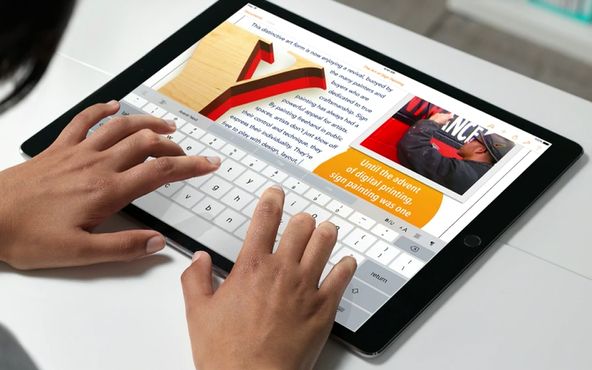 Looks like Apple's content to experiment with screen sizes as of now, with the iPhone SE, also expected to be launched alongside the iPad Pro to come with a 4 inch screen. A smaller screened iPhone has been the talk of town for quite a while after all, and we're expecting Apple to equip the device with the latest internals, in the form of the A9, a 12MP rear camera, NFC and more. Design wise, it'll follow the iPhone 5s in overall language, with no significant upgrades to be expected.

As far as pricing and other details for the iPad Pro go, folks over at 9to5Mac have managed to gather some information courtesy of their well known sources with Apple. The device will carry a price tag of $599, higher than the iPad Air 2; Apple's current tablet offering in the medium screen size bracket. It'll also start with base storage of 32GB, which should be a good incentive for several users to make a purchase.

With that in mind, lets see what Apple's got in store for us this March. We'll be right here for all the updates. Stay tuned and let us know what you think in the comments section below.