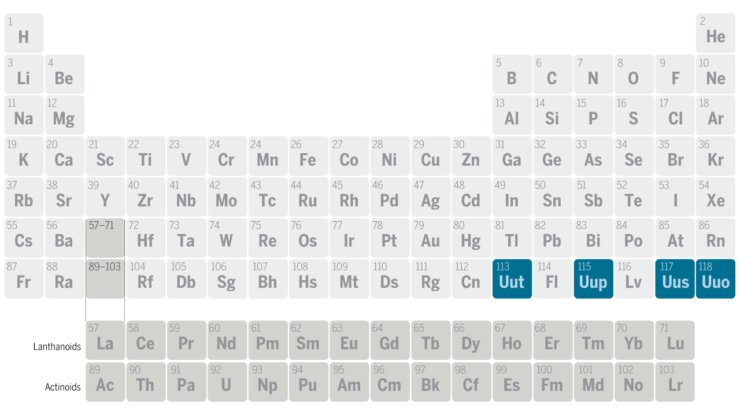 Remember those days of memorizing the periodic table in school? Well, kids now have to memorize 4 more elements which have officially become a part of the periodic family. The elements are Nihonium (Nh), Moscovium (Mc), Tennessine (Ts), and Oganesson (Og). They were previously known by their unappealing placeholder names ununtrium, ununpentium, ununseptium, and ununoctium, respectively.

The International Union of Pure and Applied Chemistry (IUPAC) added numbers 113, 115, 117 and 118 to the Period table of elements. 114 and 116 – Livermorium and Flerovium – were added in 2012. These 4 new elements are super-heavy. They can be easily broken down into lighter elements.

These elements were not found in nature but were synthesized by Japanese, Russian and the American teams between 2002 and 2010. These scientists had sent in the elements’ names in the June of this year, but they had to go through a 5-month long waiting period before they were made official.

The story behind the names 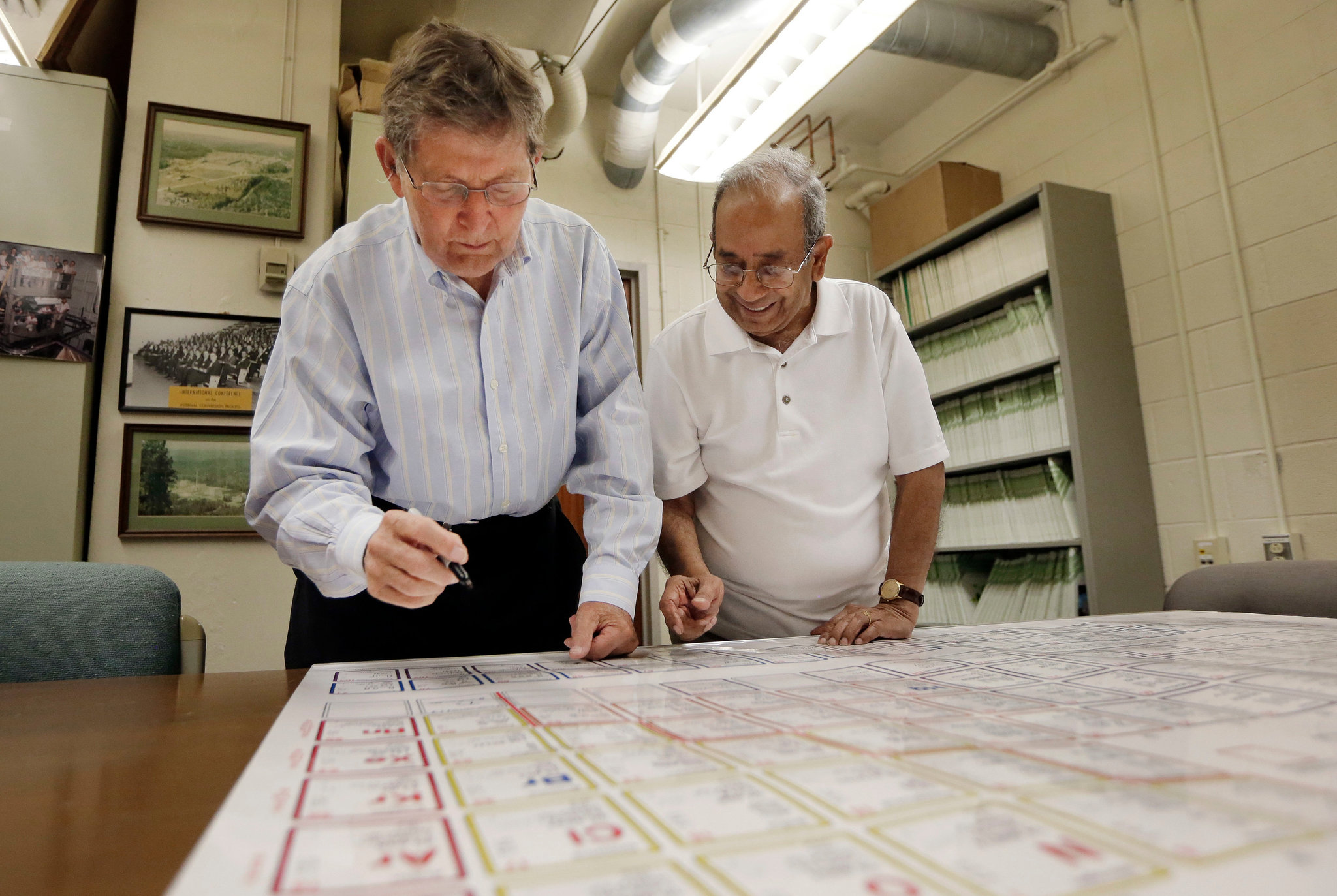 Joe Hamilton, left, and A. V. Ramayya, who found the element Tennessine, autographing a periodic table of the elements for a co-worker at Vanderbilt University

Why these particular names for these elements? Well, the Japanese had created the element 113 (Nihonium). The name is derived from the Japanese word “Nihon” which means Japan. Element 115 (Moscovium) was created by the Russians, so they named it after their capital, Moscow.

The Russians also created the element 118 (Oganesson) with the help of American scientists. This name was derived from the name of Yuri Oganessian, a Russian physicist who helped discover the heaviest elements in the periodic table. The element 117 (Tennessine) was created by the Oak Ridge National Laboratory scientists. They also helped create the element 115 with the Russians. They named this element after their home state of Tennessee.

"Overall, it was a real pleasure to realize that so many people are interested in the naming of the new elements, including high-school students, making essays about possible names and telling how proud they were to have been able to participate in the discussions," said Jan Reedijk, president of the IUPAC's Inorganic Chemistry Division.

The addition of these 4 new elements has completed the 7th row of the periodic table.