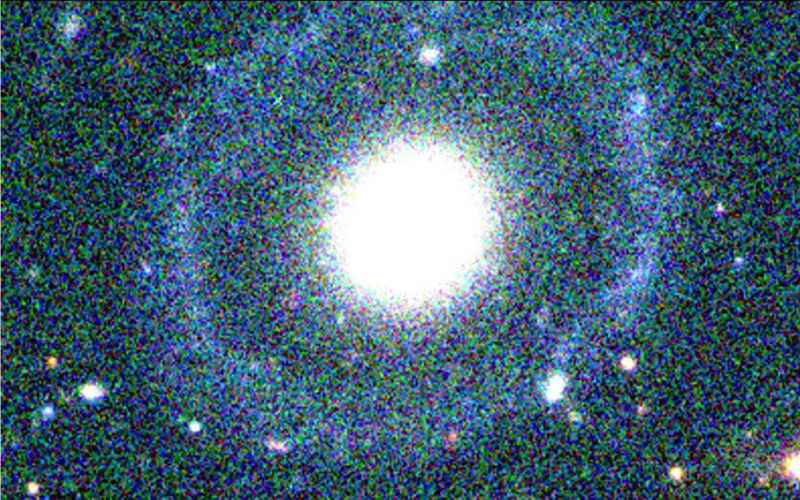 Scientists have recently come across a brand new type of galaxy and it is nothing like we have ever seen before! This new galaxy has been named as the PGC 1000714 and is located about 359 million light-years away from Earth.

This new galaxy has a circular ring structure around a central core. Most galaxies in the universe are either in spiral shapes like the Milky Way or in elliptical shapes. Ring type galaxies are extremely rare. The best example of that would be the Hoag’s Object, which was discovered in 1950 by the scientist Arthur Hoag.

Ring galaxies have stars that are ordered around a central core in contrast to spiral and elliptical galaxies in which the stars are spread and scattered. But here’s what the mystical deal is about this new galaxy: instead of one circular ring of stars around a core, it has two rings. Scientists have never come across this kind of phenomenon ever before hence it has to be something extremely special.

"A Hoag-type galaxy, one with a single circular ring surrounding a round core, is already very rare, but finding one with potentially two very regular rings is quite unique,” said Patrick Treuthardt, an astrophysicist at the North Carolina Museum of Natural Sciences (NCMNS).

The stars in the PGC 1000174 are divided into 2 distinct camps: the ring of young luminous blue stars surrounding a core of old, less luminous stars. The outer ring of the PGC 1000714 galaxy consists of blue stars which are only 0.13 billion years old. The inner red core consists of more ancient stars which are said to be 5.5 billion years old. This inner red ring is what is of peak interest to scientists.

How could this have happened?

Nobody is entirely sure about the cause of formation of this particular type of galaxy. The researchers are assuming after some thorough observation that this galaxy may have been born after the collision of stars from two very distinct time periods. But since this is unprecedented, it can hardly be established as a fact.

The team also thinks that the outer ring may have had portions of gas-rich galaxy that may have existed there before. It is of great importance that we monitor how long the rings stay intact in PGC 1000174. If they do not last long enough, this may be able to explain why ring galaxies are so rare. Thus, we have to wait till they further unravel this mysterious galaxy.