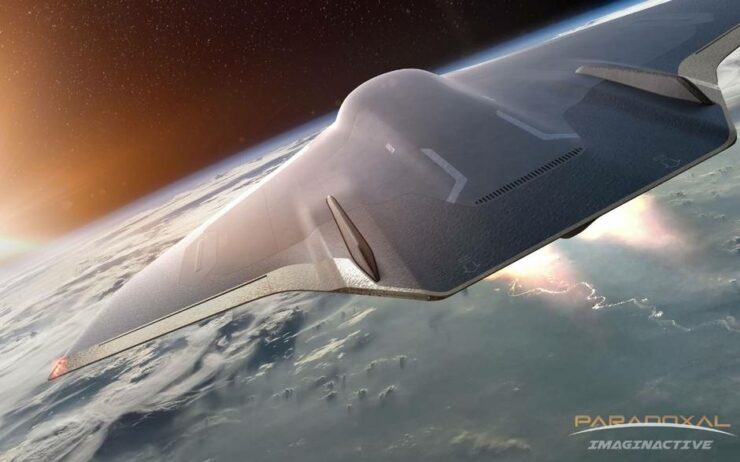 Charles Bombardier is a Canadian engineer with a mind of a true innovator. He has pushed the boundaries of air travel with his concepts like that of Skeemr, a passenger jet which will fly up to speeds of 6,600 miles per hour. The Antipode is another one of his concepts, which consists of a passenger jet which will be able to fly from New York to Dubai in just 22 minutes! Just when you would think that he has done it all, he now introduces the Paradoxal.

The Paradoxal is a new concept passenger jet which was revealed to the world earlier this week. What is so special about this concept? This jet will be able to take you from Los Angeles to Sydney in less than 3 hours. Why is that impressive? Well, currently the flight from Los Angeles to Sydney takes up to 15 hours in a non-stop commercial flight. Imagine the speeds up on this one.

If that is not enough to blow your mind, then check this: this jet will take you to Sydney from Los Angeles and provide you with live views of outer space from your window.

How is it possible?

This latest concept of a passenger jet will be propelled by 2 rotary ramjet engines. These are new concept engines which will be able to generate super speeds without any mechanical movement of different parts.

At take-off, the jet will gain an immense amount of speed reaching up to altitudes of about 60,000 feet. This is impressive because currently, the international flights of general passenger jets cruise along an altitude of 39,000 feet.

Once the jet reaches up to 60,000 feet, its ramjet engines will convert to rocket engines. This will be made possible by injecting liquid oxygen into the motors. This will also give the Paradoxal an extra thrust, raising it to 40 miles above the Earth’s surface and on a parabolic trajectory.

The flight along this trajectory will be able to give you breathtaking views of the outer space because you will be flying on the edge of it. You will literally be flying through stars and a few planets before you reach your destination. Could it get any cooler, and for some, any more romantic?!

This is all in theory, of course, but every great innovation is just an idea at the beginning. Considering the advancements in technology and science, Paradoxal could very well become a reality. Bombardier has already grasped the attention of both private and public sectors. We cannot wait to travel among the stars for a couple of hours.