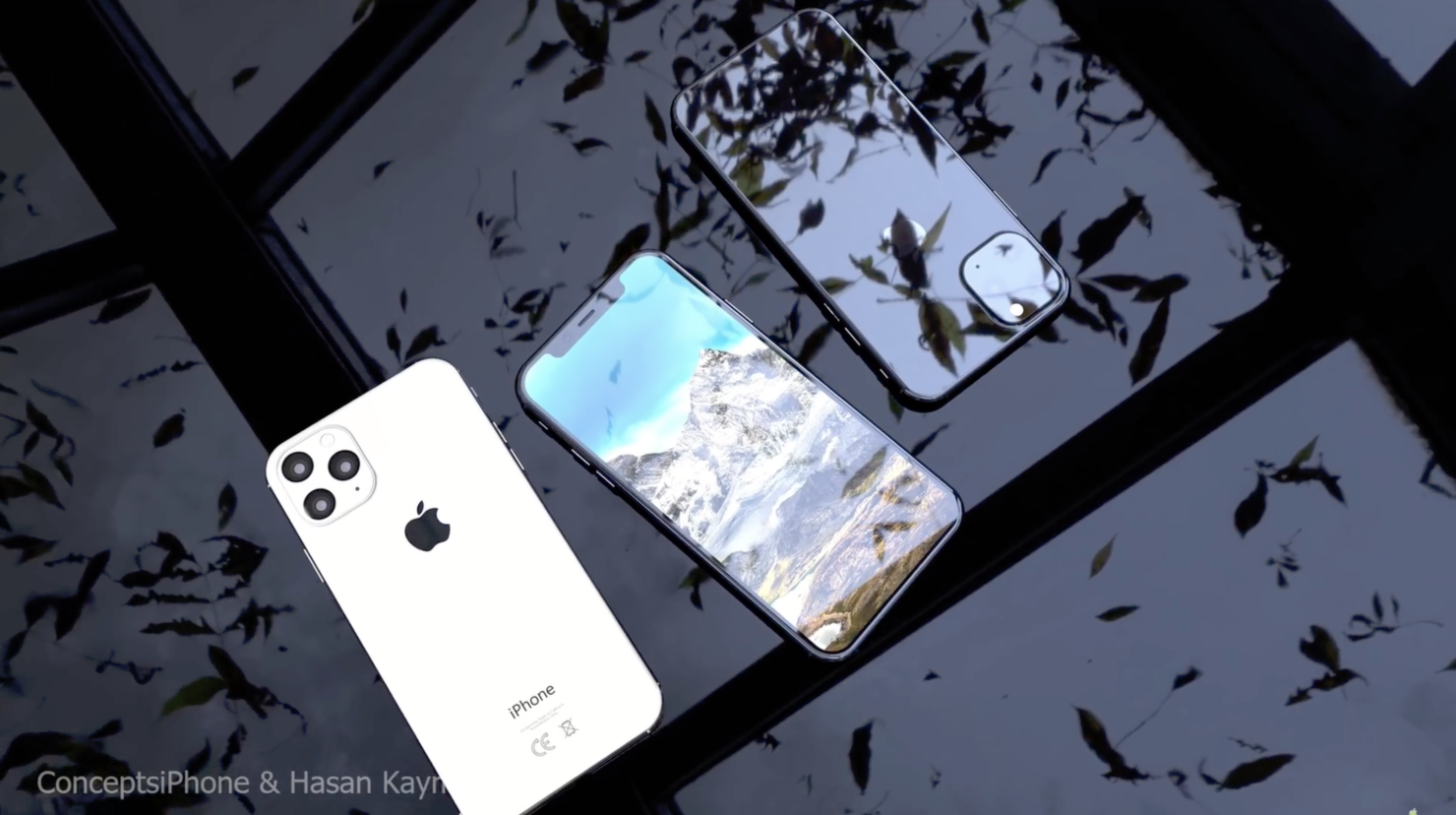 Apple's 2019 iPhone lineup won't change much over their predecessors. Judging by the information for the smartphones that have surfaced so far, we'll get the customary camera upgrades from the company this year. Apart from these and the regular processor upgrades that take place every year, the Cupertino tech giant's smartphones will be like any other high-end gadget - except for their software. Now, we've got alleged case renders for both the 2019 iPhone XI and iPhone XI Max that corroborate earlier leaks. Take a look below for more details.

2019 iPhone XI, XI Max's Alleged Case Renders Corroborate Reports Of A Triple Rear Camera Setup But Appear To Be Out Of Proportion

If you're a regular reader, you'll know that Apple's having troubles with the iPhone. While the company finds it easy to sell devices in the US, internationally it's facing stiff competition from manufacturers such as Huawei. This, given the current state of the high-end smartphone market, is unsettling as the industry has matured and has to devote years to develop technologies classified as 'innovations'.

And if we're honest, Apple's yet to find its way out of this conundrum. The 2018 iPhone launch came and went, and we saw the majority of stage time at the smartphones' launch being dedicated to 'Hoops'; an app that will help basketball players improve their shooting technique. This focus comes at a time when Huawei's busy introducing smartphones with 5x optical zoom, and Samsung is pushing the boundaries of its smartphone displays farther than it's done before.

It's safe to, therefore, conclude that at this point, Apple' doing nothing but playing catch-up. After having introduced 3D facial recognition and depth mapping on a smartphone two years back, the company will now rely on a triple camera setup on the 2019 iPhone XI and iPhone XI Max this year to entice users into an upgrade. Those who will bite will then have to decide whether to keep their devices in 2020 or make the jump to 5nm processors and 5G on the iPhone.

Today's alleged renders of the 2019 iPhone XI and iPhone XI Max which appear to be from a case manufacturer corroborate earlier claims of a triple camera setup for the smartphones. Reports have suggested that the devices will get a new super-wide angle camera sensor, which will help them improve photographic aspects including perspective and depth of field. Additionally, Apple will also tweak the iPhone XS and iPhone XS Max's camera sensor to improve low-light photography on the smartphones' successors - claims a report from Ming-Chi Kuo.