Announcing its flagship handset, Nubia Z9 was not sufficient to appease the requirements of the Chinese smartphone maker ZTE. The entry-level markets are going to receive a treat from the company because ZTE has announced a sub-$100 handset called Q519T. Before you dismiss the device to feature mediocre hardware specifications, you should be informed that it is equipped with a beefy 4,000 mAh battery, designed to provide up to 35 days of standby battery time. To some, the following feature might be completely useless given how large the battery is, but the smartphone also features three different battery saving modes along with OTG reverse charging technology. 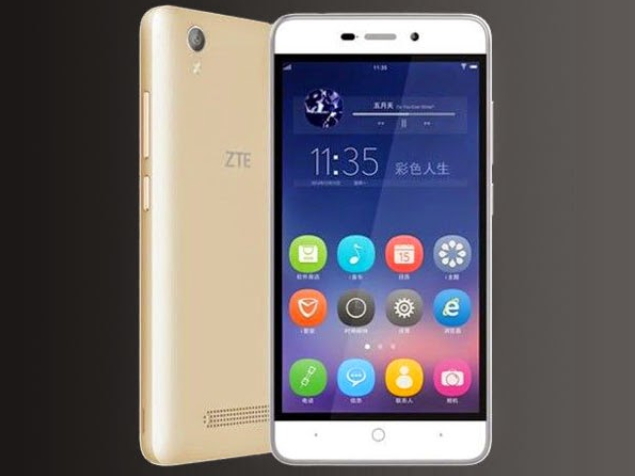 Given the fact that the smartphone features a price tag that is less than $100, Q519T is armed with entry-level components. Coming to the hardware specifications, the handset renders a 720p resolution on a 5 inch display. Processing capabilities will be delivered by a MediaTek MT6735 SoC, 1 GB of RAM and an ARM Mali-T720 GPU (which features a single core). While we would have been thrilled to see an MT6752 incorporated in Q519T seeing as how the aforementioned chipset can thwart Snapdragon 801; that would have exponentially increased the price tag.

8 GB of on-board storage is present, which can be expanded via MicroSD card slot, up to a limit of 32 GB. The most disappointing feature was the 5 MP/2 MP camera sensor combo. However, the company made it up by incorporating an LTE modem, which is a rare thing to witness in a sub-$100 smartphone. Additionally, there is sufficient space underneath the housing to accommodate two SIMs, along with an 802.11 n wireless adapter, Bluetooth 4.0 module and MicroUSB 2.0 connectivity. The device will be available to purchase in the colors blue, gold, and white.

ZTE has not commented on whether the device will be shipped outside of China. However, emerging and some parts of the developed smartphone markets will be able to take advantage of that affordable price tag.

MediaTek Announces Dimensity 9000 Plus With Increased CPU, GPU Speeds With up to 10% Improvement to Take on Snapdragon 8 Plus Gen 1