Making these cards the fastest air cooled Fermi’s, Zotac takes air cooler performance to the next level. Not only these cards can provide better temperatures but better overclocking and alot of room for tweaking. The new Graphic cards also feature enhanced upgrades over the standard Fermi based Gpu’s. 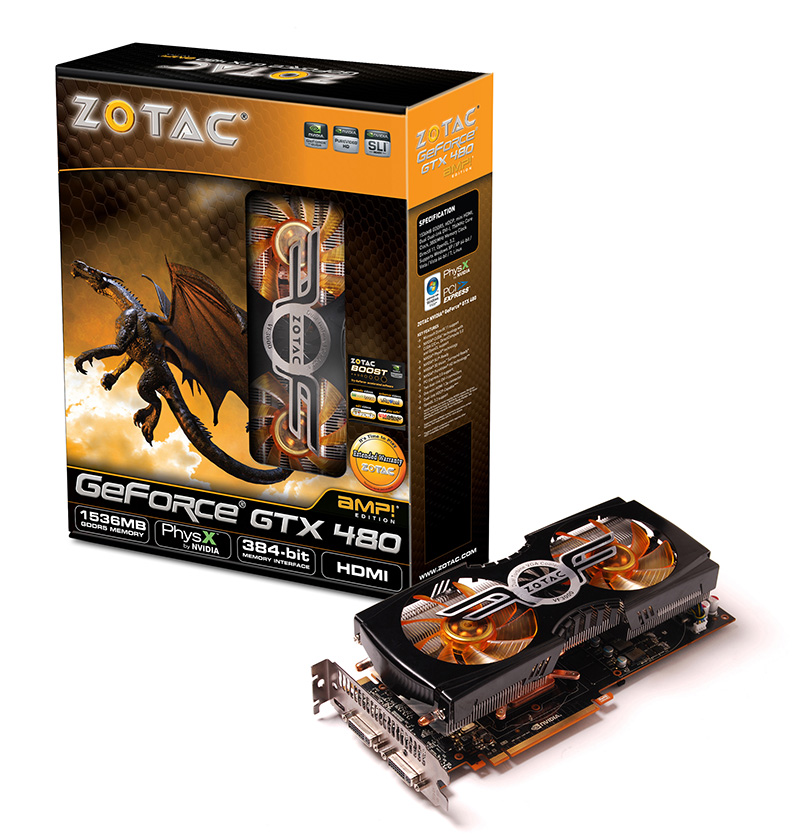 "We wanted to transform the ZOTAC GeForce GTX 400 series graphics cards into something unique with our flagship AMP! Edition,"

The PCB has been tweaked and redesigned to offer superior airflow while keeping both the noise and temps low. The heatsink is made of pure copper base with heat pipes attached to pure aluminium fins to ensure ensure good temperatures. The GPU comes with a pair 92-mm high performance fans which look great with the PCB and make few noise.

"ZOTAC is always on the forefront of technology when it comes to our graphics cards. The latest ZOTAC GeForce GTX 400 series AMP! Editions are the result of our outstanding engineering capabilities," Mr. Berger added.

Now this has been confirmed that this card will surely pack a punch and what remains is the price.

Here are some detailed specs of the new GPU. 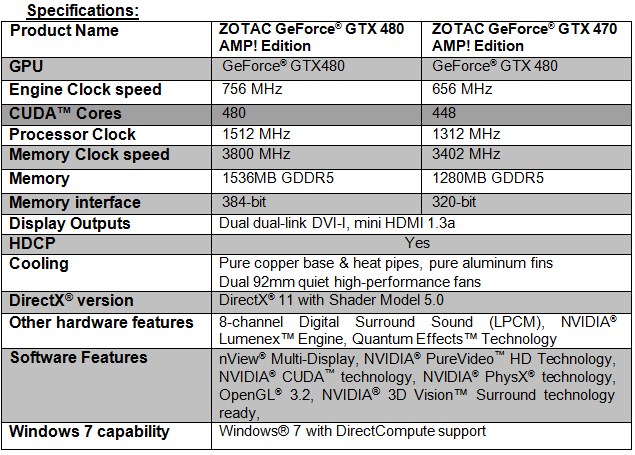