Do you remember that mission in Call of Duty: Ghosts where you're in space? You know the one, where it's all over the trailers, designed to suck you in before the game delved into something resembling mediocrity. At least that's what I most think of when it comes to Call of Duty: Ghosts. Now, what I also think is that a shooter that actually makes use of the outer space setting, one that incorporates the pros and cons of zero gravity, could be very interesting. Introducing Boundary, by Chinese developers Surgical Scalpels. 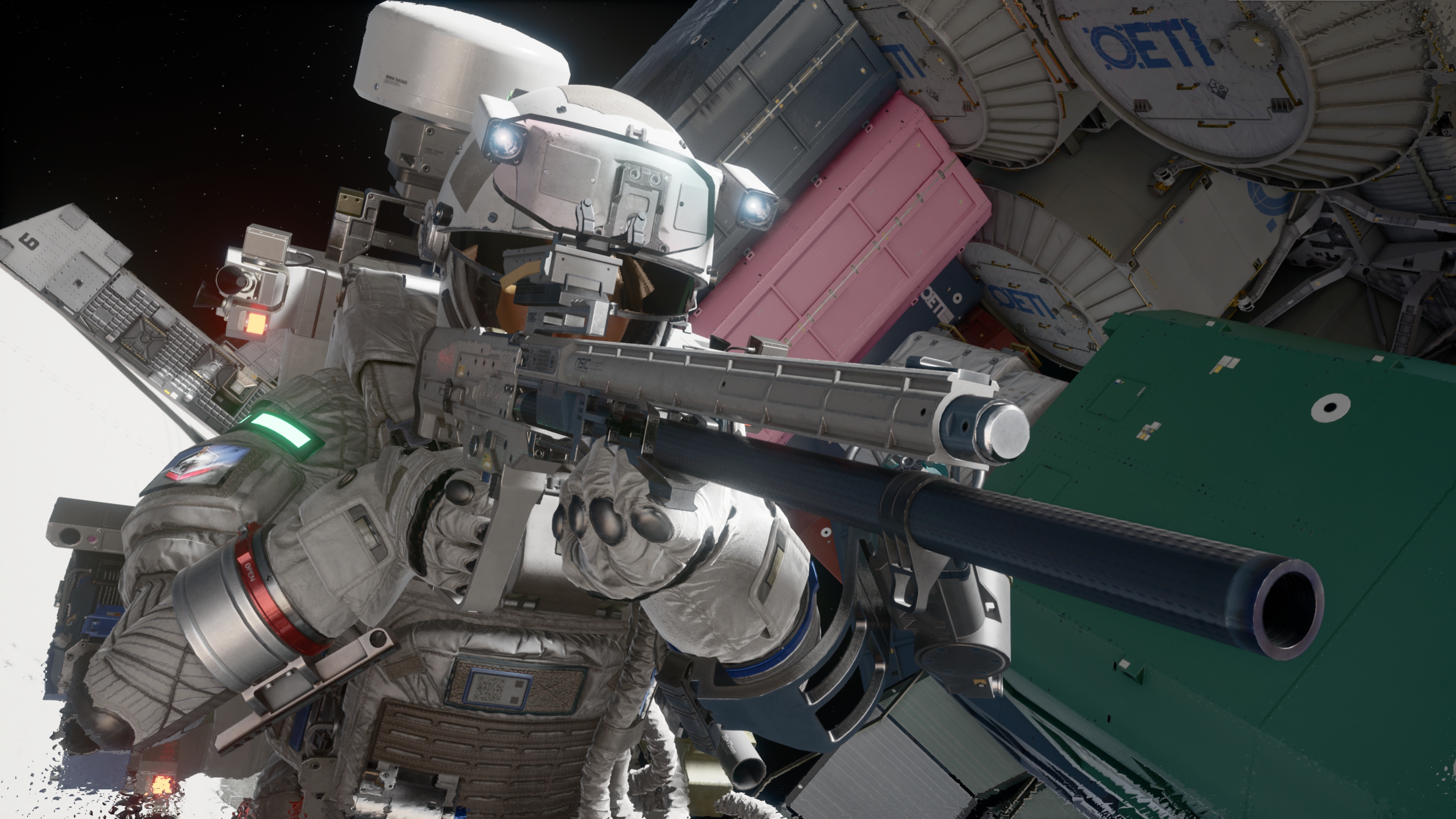 My reference to Call of Duty isn't exactly without design, not only being focused on the one level set in space. No, one of the things about Boundary is that it's a competitive first-person shooter and my first thoughts when I saw it at Gamescom was "Call of Duty in space". That's probably not the fairest of assessments of the game, but it's certainly the one that sprung to mind at the time. Also now. Probably also when it's released too. To be fair, Rainbow Six is likely a fairer comparison.

Enough about comparisons though, let's have a look at the game and what makes it special. What that is, is spaaaaaace. The entirety of Boundary will be placed in the zero gravity, zero friction environment of outer space. Players in the game are expected to use this to their advantage as best as possible, utilising the full range of the X, Y and Z axis, both in the positive and negative. That is to say that where a regular shooter may have at least a floor for you to use as a base point, now you can go below or above, to whatever angle you need.

Indeed, from what I was shown, there isn't going to be much of a fixed point to work from. It's all about perception and your positioning at the time, which certainly allows for a higher range of tactics than most titles in the genre. What it makes me think of most are the training sequences from the Ender's Game movie. You'll want to use the fact that there are no real fixed points, the wide-open space and the lack of an actual up or down, to your advantage.

This isn't to say that you won't have any cover. Space is surprisingly cluttered, both in real life and in the game. In the future that Boundary covers, people have found a way to use Van Der Waals force (think Gecko's) to enable them to attach themselves to floating objects and debris, giving them something to anchor themselves to, allowing for fixed but easier movement, even use the surface as cover. 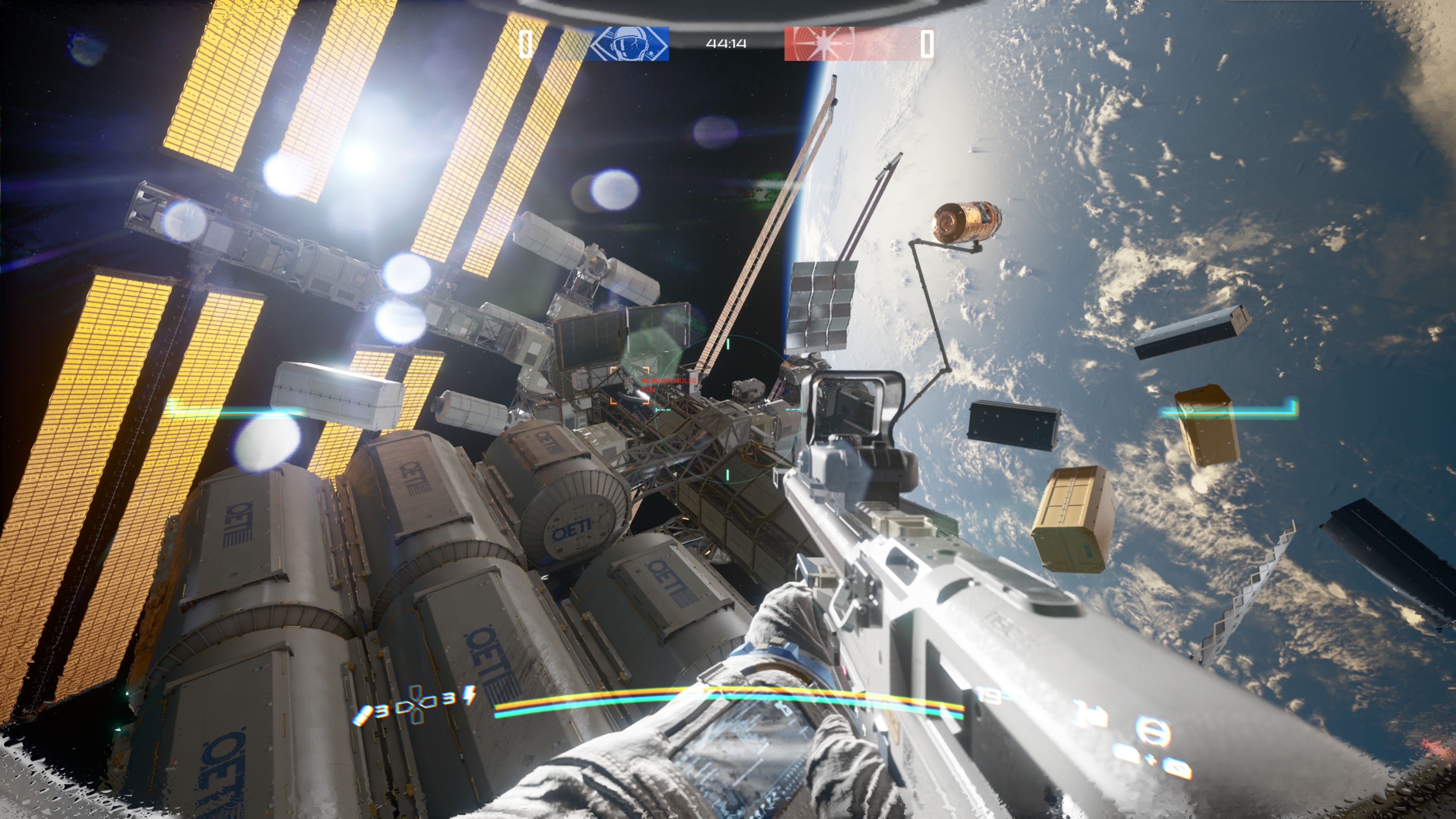 What is a certainty is that you’re going to need to use what cover you can. Not only because nobody likes being shot, but also because of the range of weapons and projectile types made available to you and your enemies. The first thing to make clear is that, if you're not attached to something solid, your way of moving is through the boosters on your space-suit, as well as a grapple. The use of the grapple, combined with the lack of any force in space, does allow for some interesting movements, like letting you catapult yourself around an object. From what I saw, there's a great sense of freedom compared to any other shooter on the market.

With this freedom comes the risk of being left out in the open. This is especially dangerous as you, or your enemies can feel free to use weapons like an electromagnetic pulse (EMP) which, if it hits or explodes near to you, will disable your boosters for a limited time. You become a sitting duck, left open to the whims of your enemies' regular bullets or even high explosive rounds, which become like flak as they explode around you.

From what I was shown, there's going to be a considerable amount to look at when it comes to the weaponry available to you. Each and every weapon in the game will customisable, but with each and every part of the weapon customisable. From the muzzle, suppressor and barrel, to the compensator, grip, handguard and sight - just to name a few - everything is separately customisable. 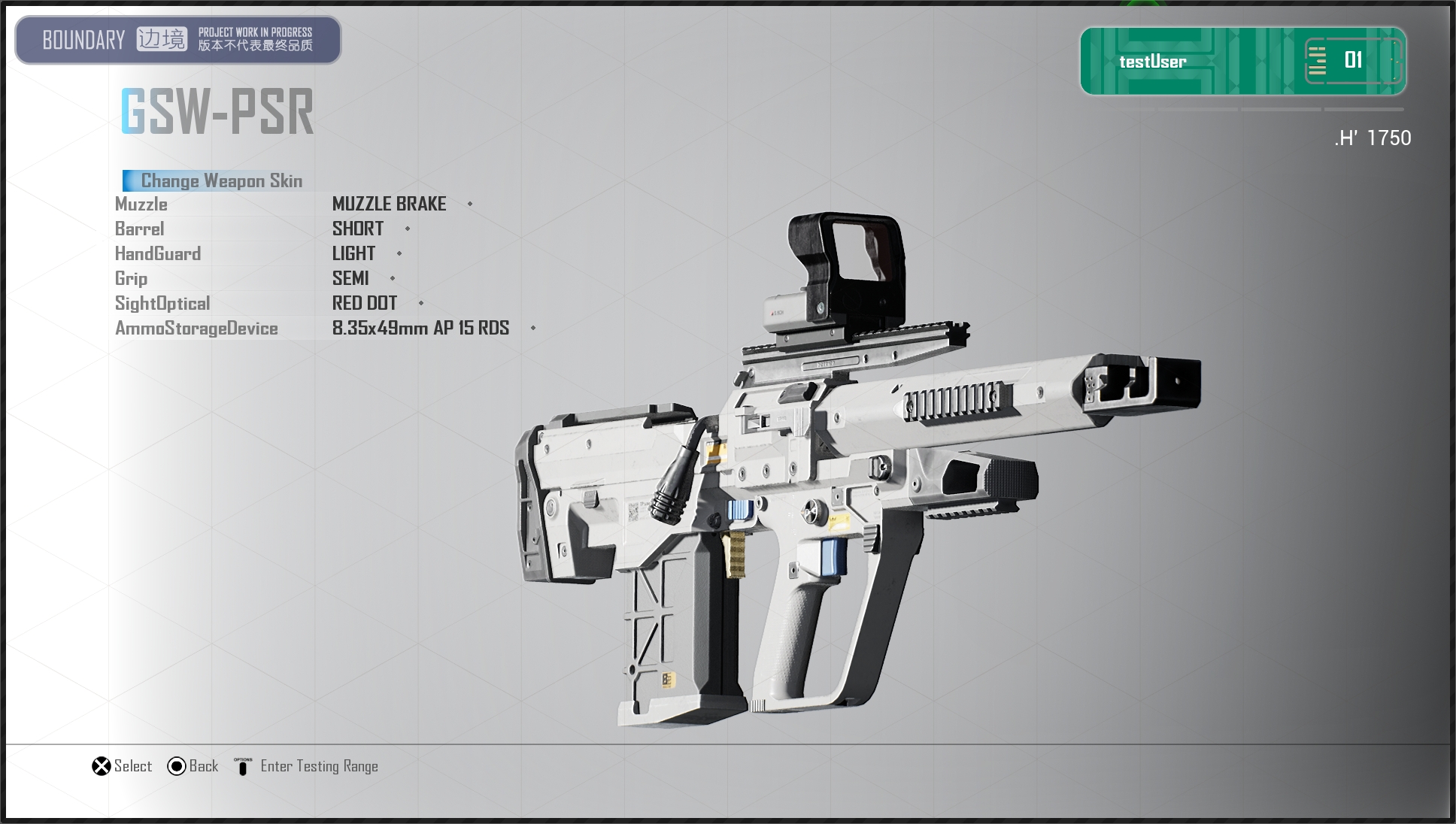 The most important thing for me though, when I asked, is that everything will be accessible simply through playing. I was told that Boundary is going to be a premium title and there are no extra monetisation plans so far. How much Boundary will cost, when it's released, I don't know. What I do know is that Surgical Scalpels are targeting a Q1 (Jan-March) 2020 release on the PlayStation 4. The company are also looking towards releasing on the PC after, which I personally think will be the best move.