Zelda Wii U Confirmed for 2016 at Nintendo Direct. Lots of Other Announcements Inside

Nintendo Direct has been a very popular and well received platform that Nintendo has used to announce new games and other great content for their platforms. Despite the small abeyance the return to their live-stream was a rousing success. 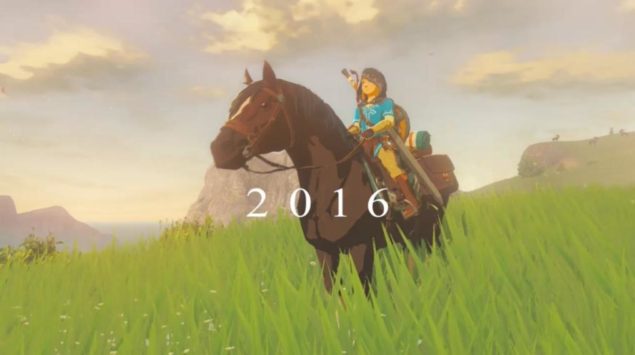 The future Zelda project is now confirmed for a 2016 release date, and much more was announced at Nintendo Direct hours ago.

For the Wii U it was announced that Cloud from Final Fantasy VII is going to be making an appearance in Super Smash Bros as a playable character. Star Fox Zero was pushed slightly back from it's original release date and will now be coming out on April 22nd 2016. Splatoon will be receiving a lot of attention with continuous content updates until at least January of 2017, the first of which will be a new Muse D'd Alfonsino level and 40 new costumes, available tomorrow and now respectively. Xenoblade Chronicles is also still on track for a February 4th 2016 western release on the Wii U.

On the 3DS front we're seeing several new Hyrule Warriors Legends characters including a female Link that'll make their way very soon. Dragon Quest VII and Dragon Quest VIII are slated to be remade especially for western audiences. Fire Emblem Fates is making its way to consumers in two different packages. Zelda: TriForce Heroes is getting free DLC this December and Pokemon Picross will be a new Pokemon themed game that's "free-to-start". Mega Man is having a legacy collection that'll be available this Winter and Mighty No. 9 is making its way to the 3DS on February 16th 2016.

But what about Zelda? What's happening to the future of that franchise? While no great news was released, nor much in the way of actual details, we do now know that the new as of yet unnamed Zelda project will be releasing in 2016, though other details are quite sparse. To help revive interest, though, The Legend of Zelda: Twilight Princess HD has been announced for the Wii U with a March 4th 2016 release date. You can even pre-order it now. Twilight Princess will also have a unique Wolf Link Amiibo to along with it.

If you'd like to, you can see the whole Nintendo Direct event right here to see all the other great announcements they had.