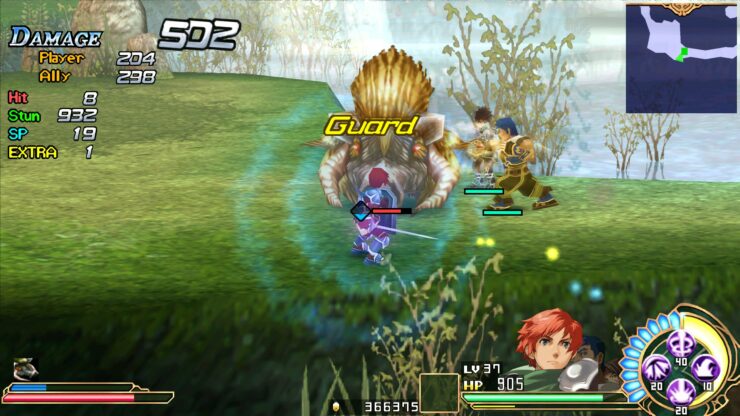 The recently released PC version of Ys Seven, the previous entry in the series developed by Falcom, received a new update a few hours ago which introduces new features and plenty of fixes.

The biggest introduction of the new update is support for 2560x1440 and 3840x2160 resolutions. Several fixes should also make the experience more enjoyable for most users.

-Fixed an issue where the game would not launch in Offline Mode
-Fixed an issue that caused computers with certain locales to crash when saving progress or loading a save
-2560x1440 and 3840x2160 resolution support added
-Mouse cursor now disappears when a gamepad is connected
-Players may now switch characters while using EXTRA skills
-Fixed an issue where certain controllers could not use Guard or Skills by default
-Cleaned up some graphical issues in the UI.
-Added safety measures to prevent the game from being flagged by certain antivirus programs
-The game will now pre-compile shaders on lower end computers.
-The EXTRA skill gauge will no longer occasionally empty when no EXTRA skill is used
-The "Item" menu now opens when it shares the same button assignment as "Cancel"

The PC release of Ys Seven is the best way to enjoy the game, as the increased frame rate makes the experience much smoother than on PSP.

Ys Seven is the first entry in the long-running series to feature a variety of features and mechanics that have become a staple of the series, such as a bigger focus on the story and the party mechanic. While the renewed focus on story slows down the pace a bit, especially with its slow first few hours, the game's fast-paced combat system, engaging dungeon exploration, and fun boss battles make Ys Seven one of the best action role-playing games released in years. With some technical enhancements and a 60 FPS frame rate, the PC version is the definitive edition of Falcom's excellent RPG.

Ys Seven is now out on PC and PSP.