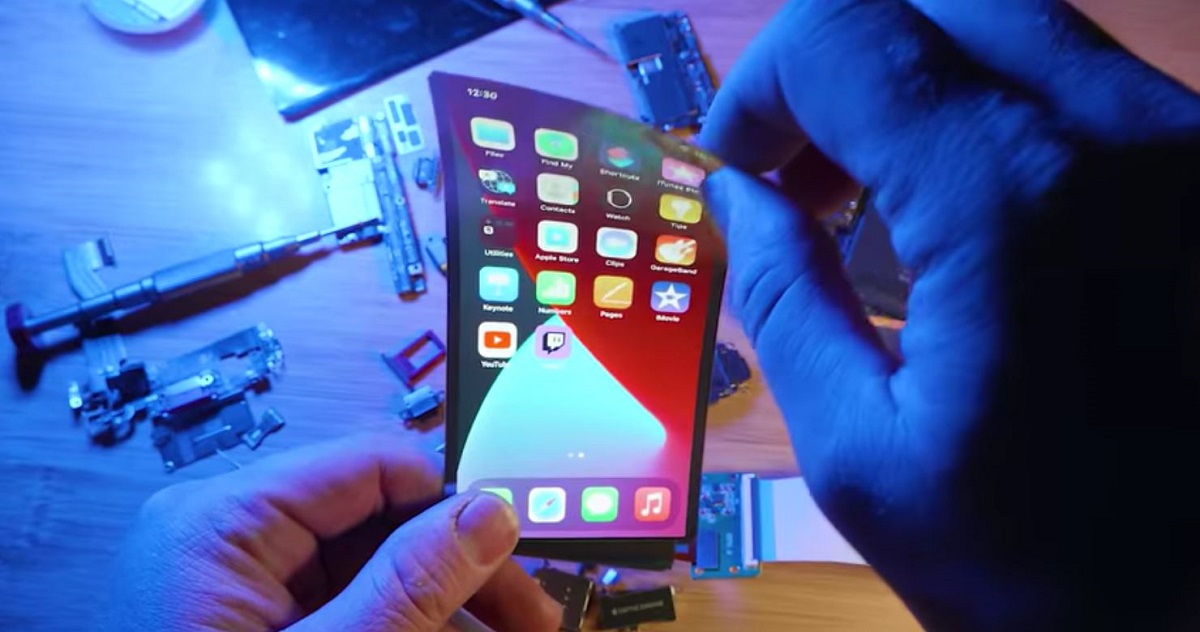 While Android smartphone manufacturers have released their fair share of foldable devices, Apple is running wild in the rumor mill. We have heard several times in the news that Apple might be working on a foldable iPhone which will launch in the years to come. However, there have been no solid leaks or confirmations pertaining to the category. Nonetheless, this does not stop users to visualise their own. That's right, a YouTuber has paired Raspberry Pi with a foldable display in order to mimic a working foldable iPhone.

A YouTube channel with the name Strange Parts has been working to create his own working foldable iPhone. There have been no major lucks so far, but the man has been able to showcase how iOS would look like on a foldable display. In his latest video, Scotty has connected Raspberry Pi with a foldable screen and wireless mirrored his iPhone. As you can see in the video below, Scotty is able to bend the panel with the iPhone's operating system running flawlessly.

The man shares his journey and how he got to the point to create his own foldable iPhone. As mentioned earlier, the foldable display shows iOS being mirrored from his iPhone because he obviously could not load the operating system on Raspberry Pi. The video simply shows how iOS might look like on a foldable screen. He simply loaded the Raspberry Pi with RPiPlay which allowed the AirPlay functionality. What this means is that Scotty made use of AirPlay to mirror the screen of his iPhone.

He also mentioned that the foldable display is expensive and he got it for $500. He compared two foldable screens, one of them was without a digitizer and the other featured better resolution and contrast. The YouTuber's motive is to create his own foldable iPhone with his friend. According to him, he is looking for a foldable screen with a digitizer and an adapter to translate the iPhone's logicboard commands to the flexible screen. Moreover, he would also need custom housing to hold everything in position.

Apple is also working on a foldable iPhone which will release in 2023 according to Ming-Chi Kuo. In addition to this, it will also feature support for Apple Pencil which makes sense for a bigger display. We will share more details on the story as soon as we hear it. As for now, what are your thoughts on the video? Let us know in the comments.