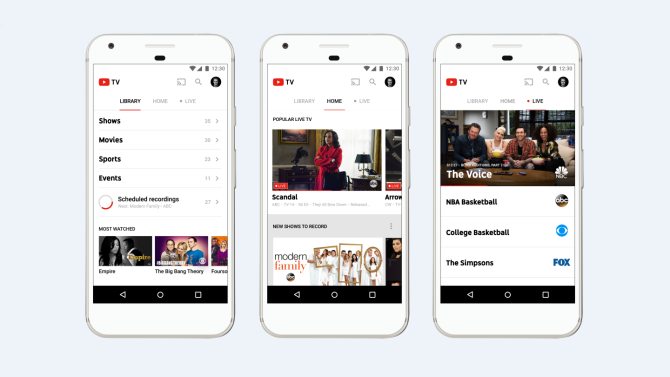 After expanding its market in July, YouTube TV is now adding 14 new markets in its kitty. In addition to that, Google has also pre-announced its plans to take the expansion to 17 more major markets in the US. All these actions are in line with YouTube TV's massive expansion streak that started in March, this year.

YouTube TV aims at making itself different from its competitors like Netflix, Amazon TV, Hulu Live TV, Sling TV, PlayStation Vue, HBO Now, fuboTV, and AT&T’s DirecTV Now. It is offering access to major broadcast channels, like ABC, NBC, CBS and FOX. All of these channels may not be available in every market, but at least some of them are. YouTube TV costs $35 per month packed with around 50 networks, including broadcast networks, cable TV, and local sports (for select markets).

At its competitive pricing, the streaming service from Google also includes a DVR that offers unlimited recording capability along with support for up to six accounts for every household. Three accounts can watch YouTube TV simultaneously across desktop, mobile, tablet, or TV via Chromecast or Apple's AirPlay.

For the new users, YouTube TV also offers a month of free trial. It also bundles a free Chromecast after the first payment. Here's the complete list of all the cities that YouTube TV is now available in:

More markets to be added soon: