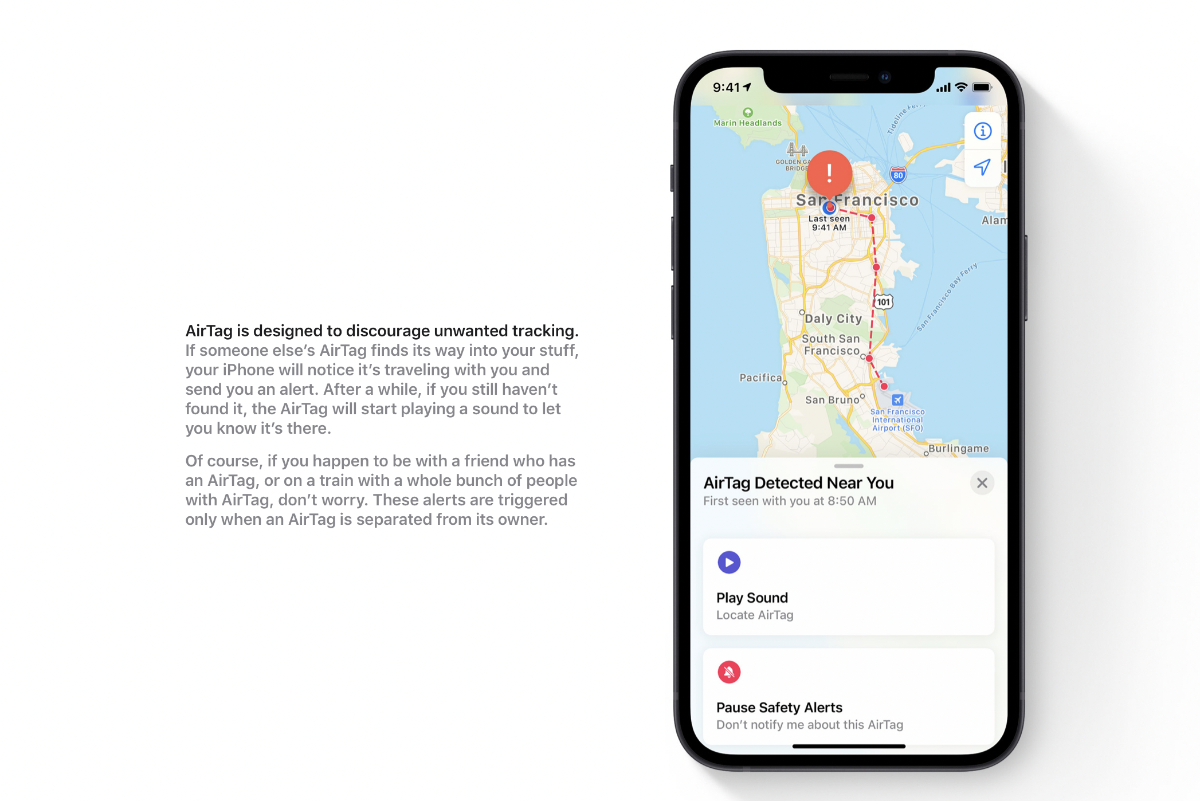 Privacy is at the core of Apple and the AirTag is built with that in mind. You will know if someone is trying to track you with an AirTag.

AirTag is a tracker which Apple fans have been waiting for. Not only it is great for tracking, but the Find My network makes the entire tracking process that much precise. But this also means that someone can play foul on you and plant a track on you for tracking your whereabouts. This is something which is bound to happen with someone and Apple knew about it from the get go.

So, what happens if someone threw an AirTag inside your purse or even a car for tracking? Well, if you have an iPhone or iPad, you will be notified that there is an AirTag traveling with you and you can take action for it, or against it, immediately.

AirTag is designed to discourage unwanted tracking. If someone else’s AirTag finds its way into your stuff, your iPhone will notice it’s traveling with you and send you an alert. After a while, if you still haven’t found it, the AirTag will start playing a sound to let you know it’s there.

In short, no one can misuse the tracker to track you without your knowledge. Apple has made sure of that. But at the same time, if you wondering what will happen if a friend or family member is traveling with you with AirTag, Apple has thought about that as well:

Of course, if you happen to be with a friend who has an AirTag, or on a train with a whole bunch of people with AirTag, don’t worry. These alerts are triggered only when an AirTag is separated from its owner.

As long as the owner of the AirTag is with an iPhone and connected together, an alarm won't be triggered.

There are a ton of ways privacy can be breached when it comes to products like AirTag. It is great to see Apple has thought everything through before actually putting it up as an actual product for sale.