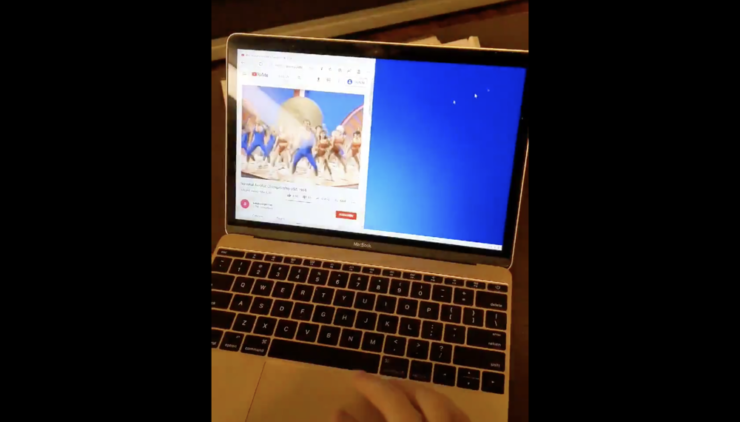 The new Windows 10X OS from Microsoft isn't even out yet but someone managed to run it still on MacBook and a Surface Go tablet.

Microsoft's Dual-Screen OS - Windows 10X - Ported to MacBook Pro and Surface Go Already, You Can Install it on the Latter Right Now

With the announcement of Surface Neo, Microsoft also unveiled Windows 10X, an OS designed specifically for dual screen devices. The OS is so new that it only exists inside an emulator and you can actually take if for a spin if you are a developer. But that didn't stop one developer from porting it to the MacBook, and it apparently it works just fine. Even on the Surface Go, where the OS is having issues with drivers, it works like a charm nonetheless.

Windows 10X is tailor-made for devices with multiple displays so if you run the OS on something like a MacBook or a Surface Go, the OS just splits the display in two for apps running side by side. Interestingly, if you have a Surface Go lying around with you, you'll be delighted to learn that you can go ahead and install Windows 10X on it. But be warned, it's not a simple walk in the park process. You will deep dive into a lot of things which is only meant for an expert user. Nonetheless, if you feel adventurous, head over to this link for more details.

For those who are wondering - the Surface Neo will hit shelves later this year and will ship with Windows 10X out of the box. It's not the Windows 10 experience that you are used to as it forces you to make do with the touch-screen display a lot, something which you should've seen coming when you started to read this article.

The Surface Neo is an extremely bold device from Microsoft as it does away with the tradition single touch-screen and pulls the user into a world of two. The idea is that you focus on two tasks at hand at the same time on separate displays, giving your apps a dedicated home of their own. Microsoft believes this approach will enhance productivity, but it makes us wonder how it's simply different from one large display running side by side on a device such as the 12.9-inch iPad Pro.

Guess only time will tell.