Nintendo has released the TV commercial for their upcoming Wii U platformer, Yoshi's Wooly World. Featuring all the lovely and cutesy goodness of Nintendo and the immensely lovable Yoshi, any fan of the big N and its Mario franchise would be hard pressed not to fall in love with this game. You can enjoy the beautiful TV spot below.

The Classic mode will let players enjoy the game normally, while Mellow mode, gives Yoshi wings, and the two modes are interchangeable during a course. 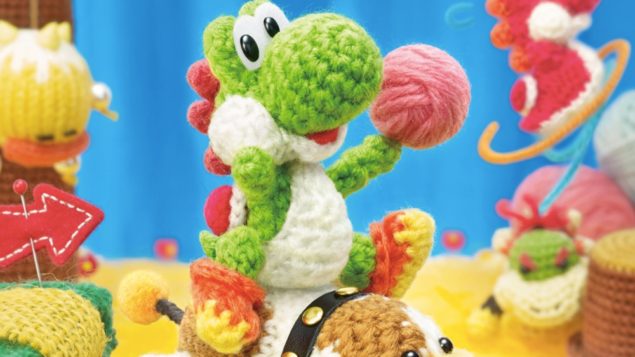 Set off with a friend* through a wild, woolly world in this grand Yoshi™ adventure! A treasure trove of clever handicraft stages are ready for you to explore. Unravel their secrets and color your world with a spectrum of yarn balls to knit new paths and get every last collectible.

Knitting yarn, patchwork, and other handicraft materials combine into a whimsical and crafty backdrop for our knit Yoshi to explore. Instead of eggs, this time Yoshi tosses yarn balls that he can use to clear blocked paths, tangle-up enemies, or even knit together platforms and warp pipes. Yoshi can also tug at stray yarn to unravel walls and reveal hard-to-reach areas filled with hidden collectibles. Tackle challenges in local 2-Player co-op by partnering up with a friend. Gobble 'em up and spit 'em out to reach new heights or take out craftwork creepers like paratroopas, piranha plants and shy guys! It's time to get crafty. 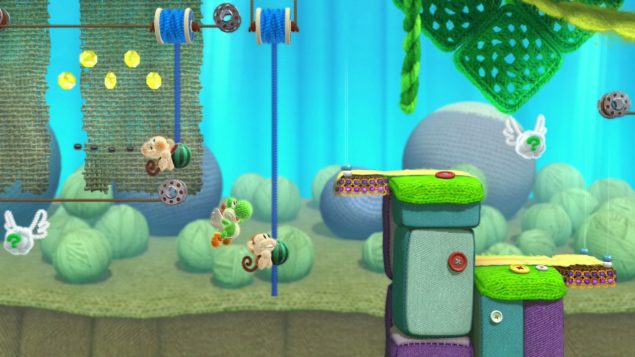 Yoshi's Woolly World is one of the biggest titles launching for the Nintendo Wii U this holiday season, and it serves as a testament to how innovative design and originality can overcome lack of raw processing power, to deliver an experience as gorgeous and visually appealing as the more advanced titles out there. Nintendo could achieve great things, and remains one of the few developers to deliver properly optimized games, with a number of great studios under its mantle.  Hopefully the company's next platform will allow for even greater things to come. 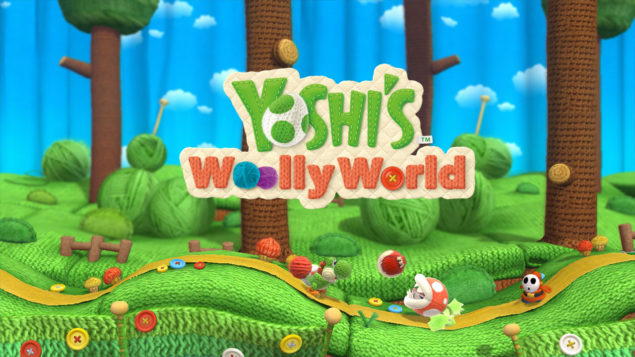 Yoshi's Woolley World will release exclusively for the Wii U platform on October 16, 2015. We will bring you any new information on the lovely platformer as soon as it becomes available.