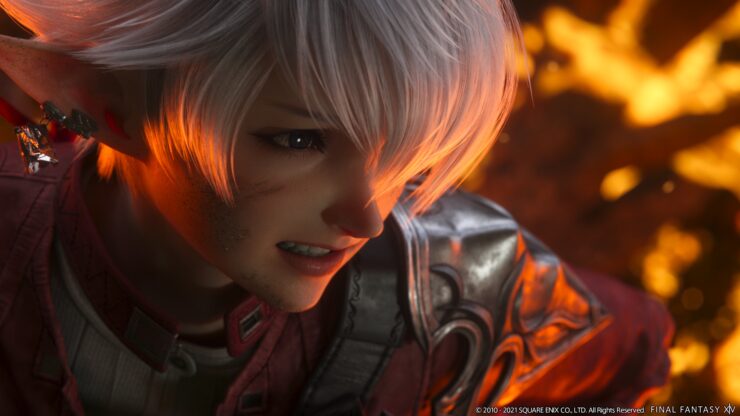 Naoki Yoshida is credited as the man behind the renaissance of Final Fantasy XIV following a disastrous launch. With A Realm Reborn, the MMO has done so well that Square Enix also assigned him to Final Fantasy XVI, the next single player entry in the franchise, as the game's producer (despite earlier rumors pointing to him as the director).

However, Yoshida isn't leaving Final Fantasy XIV at all. He's still both producer and director on the upcoming Endwalker expansion, scheduled to hit this Fall, though the development team is now busy readying the PS5 Open Beta for April 13th.

Yoshida recently spoke about that in an interview with PlayStation Official Magazine (April 2021, issue 186), where he discussed the strengths of the PlayStation 5 hardware.

Really, as an MMO developer, the two big things that really appeal from this hardware is first of all the memory size – there’s a huge increase in the memory size. And also there’s much faster loading speeds. I think they’re also things that the players can really imagine would make an impact on the gameplay experience.

Later in the interview, Naoki Yoshida explained that delivering a great console MMO with Final Fantasy XIV was actually a personal goal of his.

Very simply put, that is because this is Final Fantasy. As you know, spanning over 30 years, maybe 35 years, this franchise has been on consoles. Really, the home of Final Fantasy is on consoles.

Because of that, it’s really our duty to ensure that people who are playing on a console have an experience which is by no means inferior to those playing on PC. Personally, I’m quite a big MMO fanboy. So I really do like my MMOs. But you know, traditionally, there’s been this view that MMOs are a very niche genre, really hardcore gamers are playing MMOs. So I actually wanted to change that outlook, I really wanted to change that perception of MMOs. And, I wanted to make MMOs more accessible to general gamers. So, in a way, I wanted to make the genre itself more popular.

So, actually delivering this on the console as well, it played a part in changing the perception of MMOs. But that was actually more a personal kind of goal of mine.