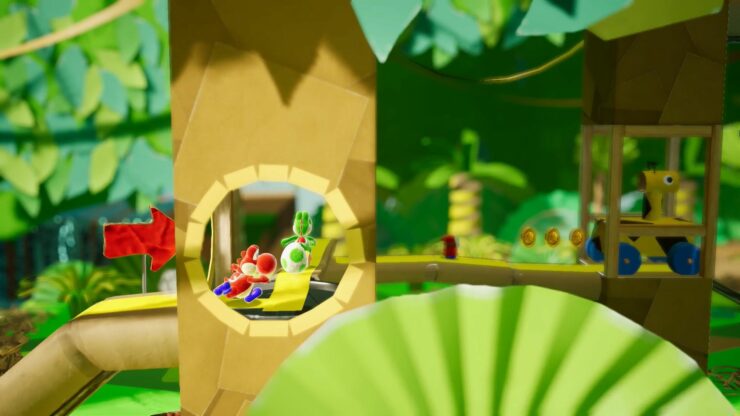 Among the games coming to Nintendo Switch this year is a new platform game starring Yoshi, which has been announced at last year's E3. A final release date for Yoshi Nintendo Switch has yet to be confirmed, but it seems like it will be released this June.

Amazon Italy is currently listing Yoshi Nintendo Switch with a June 29th release date, which is a Friday, the day video games usually release in Europe.

While Amazon correctly revealed release dates for games before, we still have to take this with a grain of salt until an official confirmation comes in.

Yoshi Nintendo Switch has been revealed, as already mentioned, at last year's E3 alongside other games such as Kirby Star Allies, which is releasing this March in all regions. Very little is known about Yoshi Nintendo Switch as of now, but it definitely feels like fans of the character will not be disappointed.

Yoshi heads on a new adventure in this new action platforming game coming to Nintendo Switch. Explore a great big world decorated like a miniature diorama, look for items throughout the stages and team up with a friend in a new art style for the franchise. Coming 2018!

Yoshi Nintendo Switch launches on a yet to be confirmed date in all regions. We will keep you updated on the game as soon as more come in on it, so stay tuned for all the latest news.