Along with Samsung Galaxy S5, another flagship that was highly anticipated was Xperia Z2 from Sony. Launched at Mobile World Congress, Sony has introduced a major improvement in the display screen.

While Sony's Xperia Z1 and Z both have been high-end Android smartphones with top-notch hardware, the display was lacking good viewing angles. Sony Xperia Z2 has covered up that aspect too offering much better display screen.

Many followers were disappointed by no improvements in the Galaxy S5, they might appreciate Sony trying to improve its flagship with every iteration. This time, Sony has launched a very well calibrated screen.

As shown in the Xperia Z2 display benchmark images, the flagship has a large color gamut, even larger than the standard RGB color space. This range approaches the color range of Super AMOLED displays, just the way Sony advertises Triluminous screen. According to these Xperia X2 display benchmark images, the colors seem very accurately rendered hence improving the viewing angles.

Here is the chart providing visual representation of Xperia Z2 display color accuracy. The small dost across the boundaries are positioned very harmoniously with no huge gaps giving us a much improved display on Sony's latest flagship. 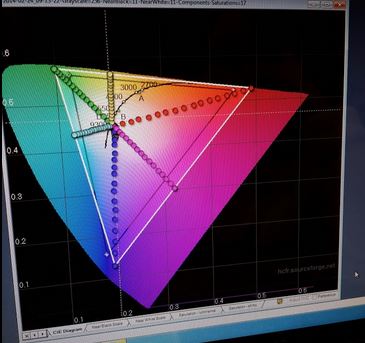 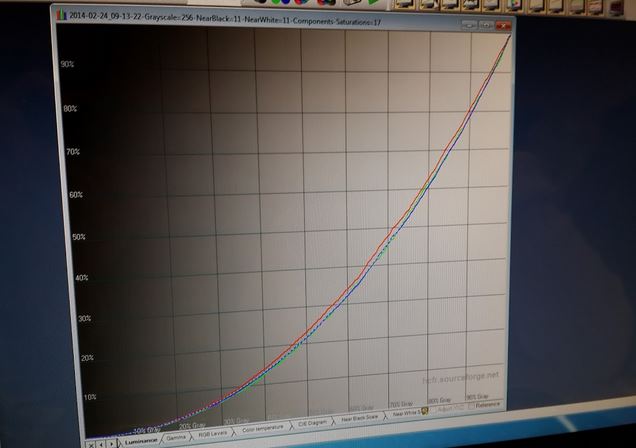