Smartphone starlet Xiaomi has been a cause of considerable hype in the smartphone world. Having become one of the world's top five smartphone manufacturers last year, Xiaomi impressed us last year with its Xiaomi Mi4 with its elegant design. The company was not going to rest however it seemed, as news began to surface about the Mi4's successor, now being dubbed as the Xiaomi Mi5. Just four days back, the device was listed on an online retailer, that showed the Xiaomi Mi5 with some reasonable specifications on board, with a price of $599. Well, the french site NWE is back today, this time with some serious leaks showing an industrial sketch, aluminum frame and the Xiaomi Mi5's silicon case. 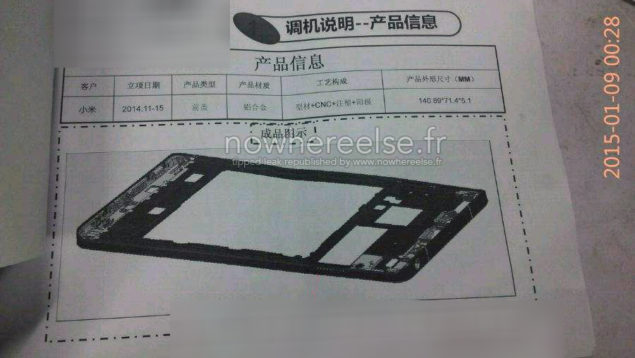 NWE's Steve has managed to get on some rather diverse details about the Xiaomi Mi5 today. These start with an  industrial sketch of the device, which can be seen in the image above. Whats stunning about this sketch are the dimensions listed on the top right, if you'll take a real close look at the image above. The Xiaomi Mi5 will be  a mere 5.1 mm thick, which puts it right in the same league as some of the thinnest smartphones in the world today. Exact dimensions of the Xiaomi Mi5 are going to be 140.89x71.4x5.1 mm. In addition to the industrial sketch, looks the Xiaomi Mi5 will also come with an amazingly thing aluminum body, that can be seen in the image below. 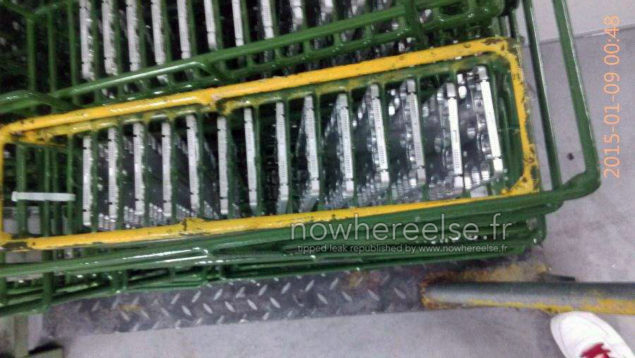 Looks like Xiaomi really is taking the right direction when it comes to its next flagship device and a super thin aluminum frame could help the Xiaomi Mi5 come with a premium feel that is associated with all metal devices. But that doesn't quite finish our today's post about the Xiaomi Mi5. Some alleged cases which will protect the device have also been spotted, and while we might disagree with the color choices here, you can take a look at them below nevertheless. So does Xiaomi have a winner on its hands with the Xiaomi Mi5? Let us know what you think in the comments section.