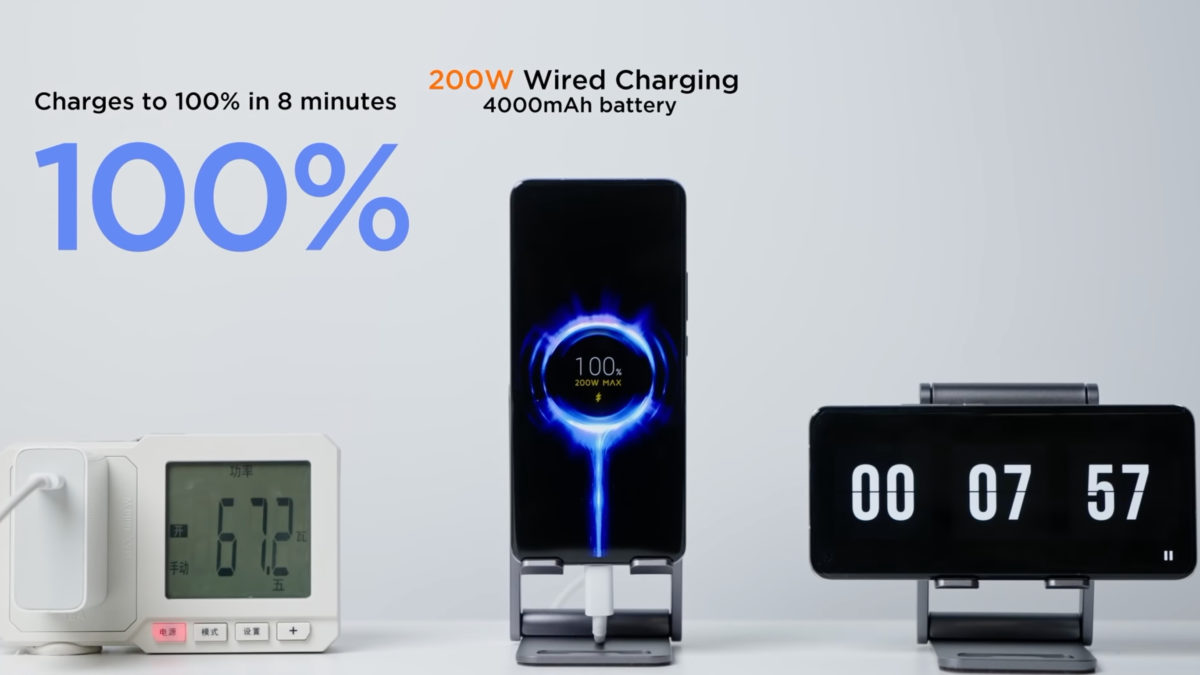 Xiaomi has been on the top of the market as far as new charging technologies are concerned. Today, the company has shared another interesting achievement: they have introduced the fastest wired charging speed at 200-watt and 120-watt wireless charging. Sounds ridiculous, I know, but Xiaomi has done it.

Xiaomi calls this charging technology HyperCharge and claims that this technology can charge a 4,000 mAh battery to 100% in just 8 minutes. In contrast, the wireless 120-watt HyperCharge takes 15 minutes to charge a device from 0 to 100 fully.

Xiaomi Has a New 200-Watt Wired Charging and 150-Watt Wireless Charging, and We Have Some Serious Concerns.

To shun away the disbelievers, Xiaomi has also shared a video showing how HyperCharge works. The company using a custom build of the Mii 11 Pro. In the video, the phone manages to reach 50 percent in just three minutes and going all the way up to 100 percent in just under eight minutes. The video also shows the Mi 11 Pro wireless charging at 120-watts, reaching 10 percent in just a minute and 50 percent in just seven minutes. These are some impressive numbers, to say the least, and you can watch the video below.

Currently, there is no official word on when Xiaomi will implement the 200-watt HyperCharge and the 120-watt wireless HyperCharge on their phones. It is also important to know that charging speeds this fast could result in a lot of heat being produced and battery degradation.

I am not surprised by Xiaomi introducing the fast charging tech, we heard the rumor earlier as well, but at the moment, we are not sure when we are going to get the look at this technology becoming a reality.

We will keep you posted as the story develops and we hear about Xiaomi implementing this technology in an actual phone.