Microsoft has dropped an Xbox firmware update, with the main focus being on improving the Xbox Series X/S Quick Resume feature. You’ll now be able to jump from game to game faster with less chance of something going wrong and finding Quick-Resume-compatible games will be easier. Other new features, like audio passthrough for media apps and new parental controls have also been added. Get the full rundown on everything included in the May Xbox system update, below. 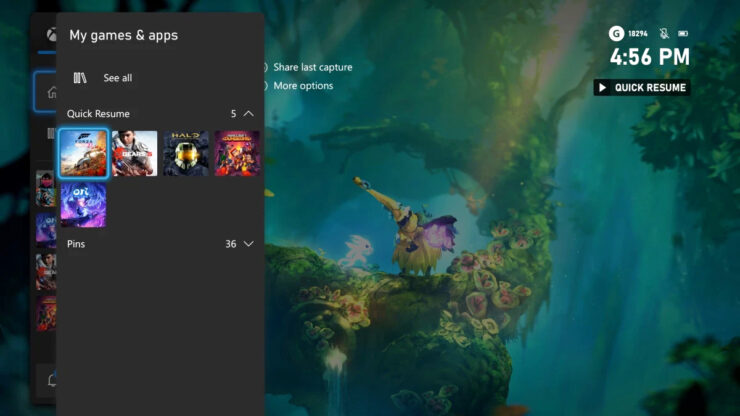 Quick Resume is a feature powered by the technical capabilities of the innovative Xbox Velocity Architecture in Xbox Series X|S. It lets you seamlessly switch between multiple games and resume gameplay instantly right from where you last left off. With this update, Quick Resume is getting even better, with improved reliability and faster load times.

We’ve also made it easier to identify and access games that support and are saved to Quick Resume. You’ll be able to see if your current game supports Quick Resume with a new tag.  Gamers on Xbox Series X|S can also take advantage of a new group that lists all the games currently saved in Quick Resume. You can use the group to see which games are ready launch from Quick Resume and launch from there. Like other groups, you can add it to Home for quicker access or customize your experience by removing a game from the Quick Resume state.

Try passthrough to make audio on Xbox media streaming apps like Disney+, the Apple TV app, Plex, Vudu, and more sound even better. Passthrough lets audio decoding from media apps on your compatible HDMI devices bypass the console for the highest quality listening experience with your external sound system. To start using it, see the new Allow Passthrough button on the Xbox audio settings screen. You’ll see an indicator in the guide when you use a compatible media app with passthrough audio enabled.

Discover your next favorite game on Xbox Series X|S and Xbox One with faster and easy access to spotlight trailers for games in the Xbox Game Pass library. Now game titles featured in the spotlight on the Game Pass hub will play trailers when you focus on them. This means fewer clicks for you when previewing the latest and greatest additions to Game Pass. To play the trailers with audio, click on the tiles. 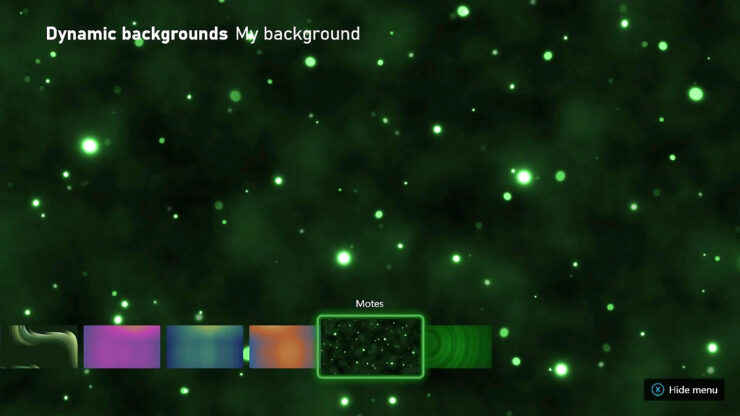 Ask a parent: Multiplayer by title

Starting this month, you can approve multiplayer games – where you can play and communicate with other gamers – by specific title, directly from your console or in the Xbox Family Settings app. If your child wants to play a specific game in multiplayer mode but they’re blocked by family settings, they can send a request to unblock multiplayer for that game only.

Xbox app for Android and iOS keeps getting better

Last month we added leaderboards to the Xbox app on Android and iOS. This month, we’re continuing to evolve the experience by releasing a few more updates. First, stay connected with a new push notification that lets you know when your favorite friends go online. We’re also updating achievements game pages to add game stats, including ‘time played’. Lastly, reliability is incredibly important to us, and we’re happy to say we’ve made some changes that improve the performance on loading your chats tab and sending messages in the app.

We’ll be sunsetting the Xbox One SmartGlass app for PC starting this June. This means the SmartGlass app will be removed from the Windows Store and there will be no further updates for those who have the app already downloaded to their devices. You can continue to use the Xbox app for Windows 10 PCs to discover and download new games with Xbox Game Pass, see what your friends are playing, and chat with them across PC, mobile, and Xbox consoles.

The Xbox May system update should be available right now. Download and start switching games like a pro!