If you want to keep on listening to music or transmit it to someone over a phone call on iPhone, then we have just the tweak for you.

When you make or receive a phone call, everything will come to a complete halt automatically. By everything, I mean media files that are playing in the background. By default, the iPhone doesn't allow you to keep the music playing or will pause it once a call is connected. This makes sense in many cases, however, it might be useful for some iPhone users to have the ability to keep the music rolling while they talk on the phone, or even transmit it over to somebody else. 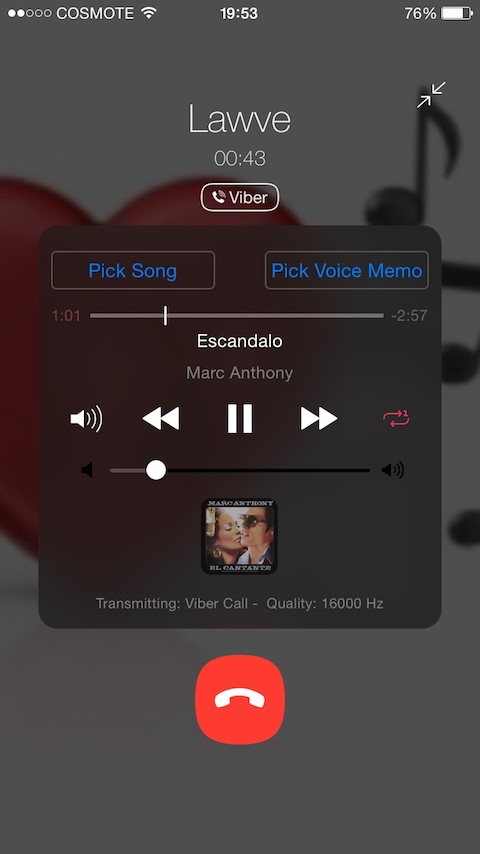 With the recently released jailbreak tweak called MusicTransport, you can keep the music playing in the background on your iPhone during a phone call. This means that the music won't stop playing until you decide to turn it off even if the call is connected.

Furthermore, MusicTransport also allows you to control the audio, send Voice Memo, real-time preview of the audio being transmitted, among a list of other things.

This tweak does a really good job on transmitting music or sound effects over a phone call and you also get the ability to adjust them.

Why is MusicTransport a must have tweak for your iPhone?

You should really consider getting this jailbreak tweak for several reasons, here are some.

Ever wanted to call someone and have them listen to a song you like from your Music Library, over the phone?

Transmit songs or sound effects in a call, mixed with your own voice! Other party thinks these sounds actually come from the place you are at the moment!

Ever wanted to call your boss and tell them you're stuck in traffic, having them hear all the traffic jam sounds in the background along with your voice, while you're still getting up, at home?

MusicTransport tweak works over a regular handset, speakerphone, headphones and even Bluetooth headsets. Guess what? You can even switch between those while transmitting. According to the developer, this awesome tweak works on iPhone 4S up to iPhone 6/Plus and even the iPad. All configurations can be found within the stock Settings app. 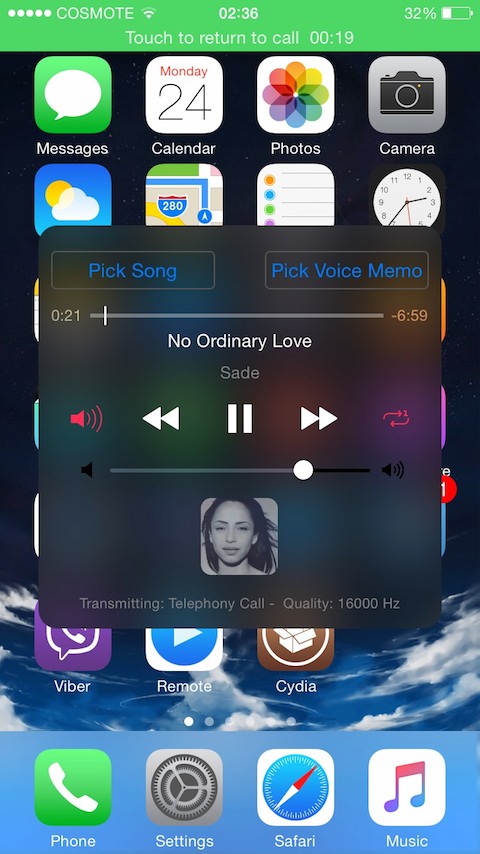 Users can also use this tweak for third-party calling apps such as Viber, Tango, WhatsApp, Facebook Messenger, Skype, etc. Interesting enough, FaceTime also seems to be compatible too.

If MusicTransport is something you have been looking for, go ahead and purchase it now for just $2.99 from the BigBoss repo.