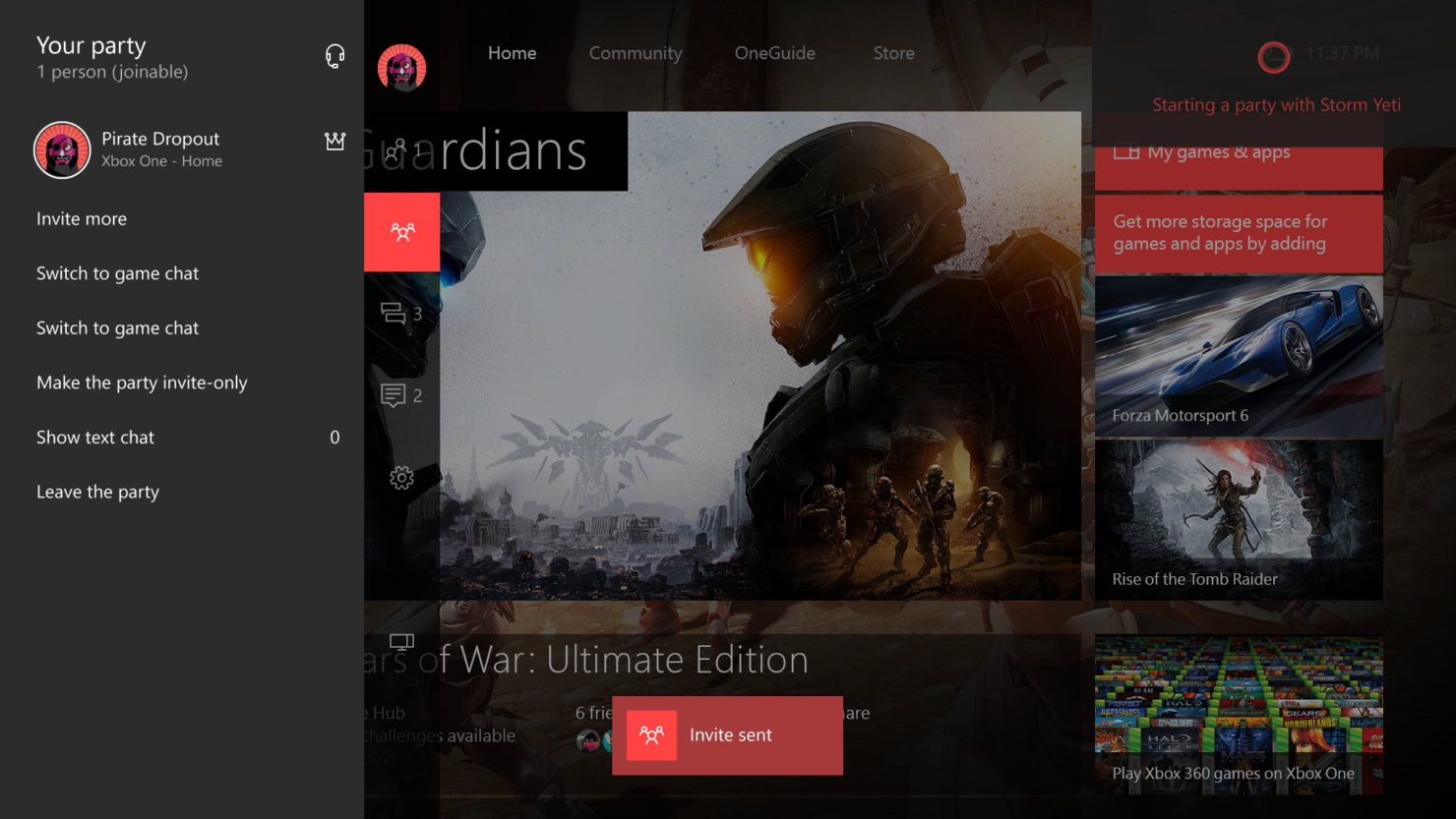 Microsoft is releasing an Xbox One Summer Preview Update for Xbox One Preview Members this week. The update is the first of two major updates that will bring the Windows 10 Anniversary Update functionality to the Xbox One, according to Microsoft.

“Expected this week, we’re releasing into Preview a summer update that will start to rollout to our Xbox Preview audience for Xbox One, and in the coming weeks we’ll release it to the Xbox app (beta) on Windows 10. New features will rollout to the Preview audience in waves, not all at once. We’re really excited about this update as it lays the foundation to bring together more people and more games across devices through Xbox Live”, writes Microsoft’s Director of Program Management for Xbox, Mike Ybarra.

This Summer preview update will introduce several features to the Xbox One and Windows Xbox App:

Cortana on Xbox One: Cortana is coming to Preview in the U.S., U.K., France, Italy, Germany and Spain first, and gamers can expect the familiar Cortana experience found on other Windows 10 devices. Cortana voice commands on Xbox One will work with both headsets and Kinect. You’ll be able to use Cortana to find great new games, see what your friends are up to, start a party, accomplish common tasks, turn on your Xbox One if you’re using Kinect, and more. We’ll continue to build Cortana features over time and our vision is to use Cortana to help elevate your experience as your personal digital assistant for gaming. Just say “Hey Cortana” or launch the app to get started!

New Game Collection: We’re updating the Game Collection interface to make it faster and easier to find and launch the games you’re looking for. Now you’ll be able to see more of your Game Collection, quickly access your own ‘Ready to Install’ tab, and get more information about titles in your queue. 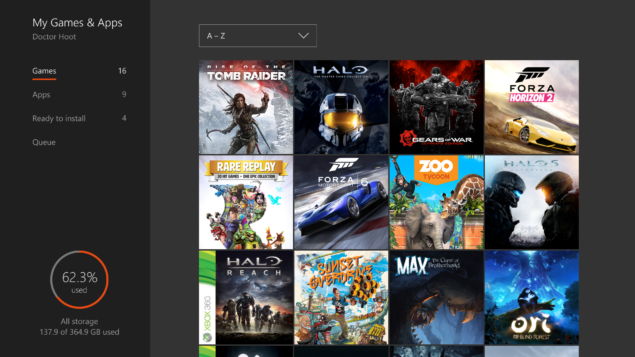 Improved sharing on Xbox One: We’ve made it easier to share your screenshots, GameDVR clips, and achievements on Xbox One. Gamers can now share their most epic clips and captures with the community in fewer steps.

Edit and share GameDVR clips on any video editor: Create that perfect gaming montage with your favorite video editor with clips you recorded on either Xbox One or your PC. Once you’re finished editing, you’ll be able to upload the clip back to Xbox Live through the Xbox app.

Updated GameDVR management: You can now manage your captures straight from your profile. This new destination allows you to share, start your own uploads, and see progress in the queue.

Xbox One and Xbox app

Top PC games show up on Xbox Live: We’re bringing the top PC games like League of Legends and XCOM 2 together with the Xbox Live community. Meaning, your favorite PC games will have their own Game Hubs on Xbox Live. Whether you’re on your PC, Xbox, or mobile phone, you’ll be able to see what PC games your friends are playing, share your own PC gaming clips and screenshots with the community, and message your friends on Xbox Live. On both Xbox One and Windows 10 PCs, you‘ll also be able to party chat with your friends no matter what they’re doing.

Xbox and Windows Store convergence: We’re starting to combine the best of the Xbox Store and Windows Store to give gamers a single cohesive experience across their devices. On Xbox One, we’ve streamlined the shopping experience to help you find the games you love faster and at the best prices. You’ll be able to filter, browse and search results by genre, read reviews written by fellow gamers – including those voted “most helpful” by the Xbox Live community, easily recognize what titles are on sale with strikethrough pricing in lists, and more. We’ve also added several new channels to help you discover the content you love even faster. On the Windows Store, we’re adding support so gamers can browse and purchase bundles, episodic games, season passes, virtual currency and other game add-ons and DLC.

More personal Activity Feed: Being able to choose what’s posted to your Activity Feed across Xbox One and the Xbox app is a big fan-requested feature. With the new settings, you can now decide what will get automatically shared to your feed. You can now also craft the perfect Activity Feed posts. At the top of your Activity Feed, easily access and choose from recently unlocked achievements and captures, preview what your post would look like, and then share your greatest gaming moments.

Please note that the new features are a work-in-progress. “Some features can stay in Preview for extended periods of time” says Ybarra.