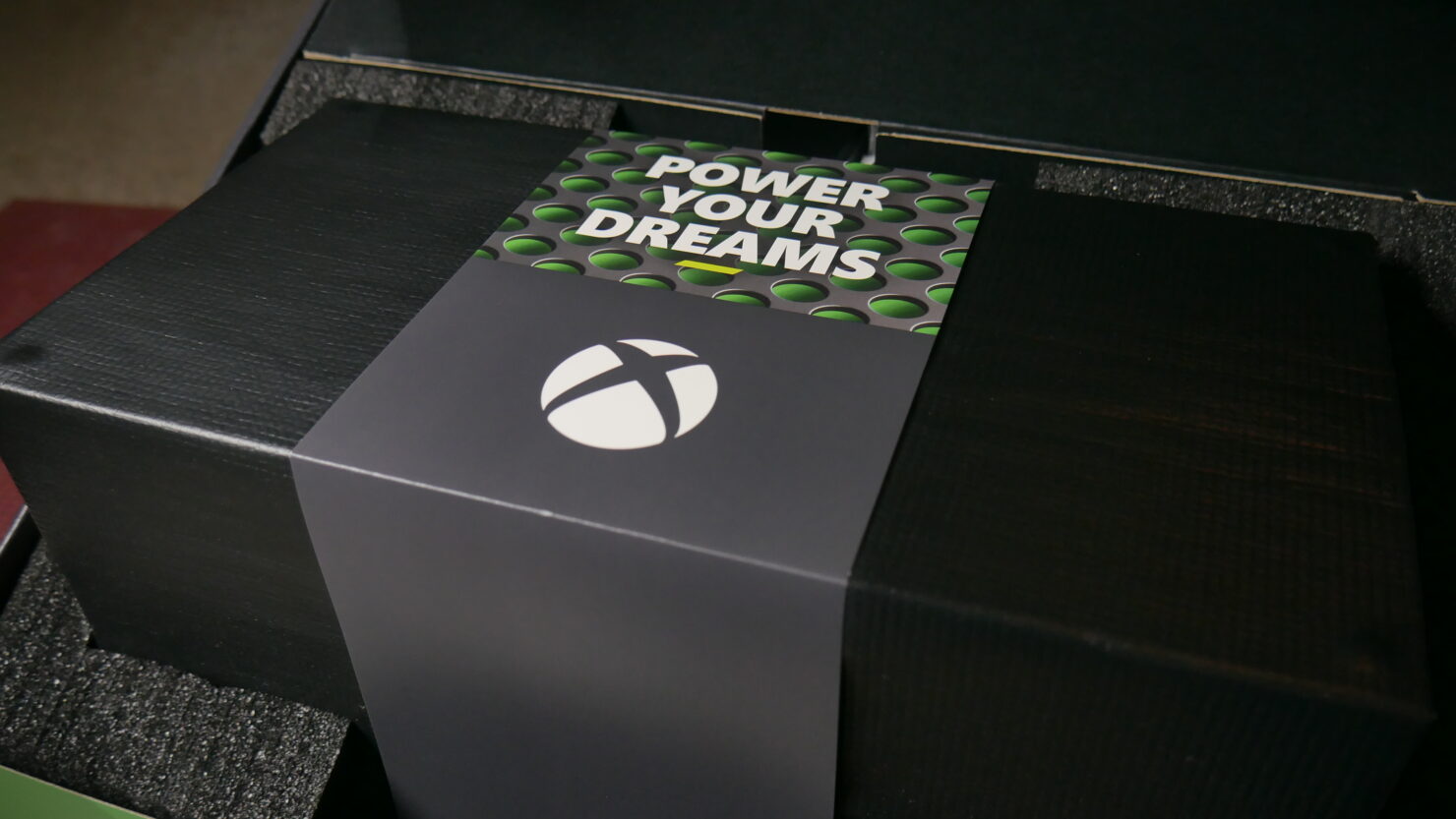 The Xbox Series X is a thick boy. In a drastic shift from the newly unveiled Xbox Series S that Dave Aubrey recently unboxed for Wccftech Plays, Microsoft's most powerful console to date adopts a more substantial footprint on your shelf. However, despite how robust the Xbox Series X may look up close, it's surprisingly compact in its form factor. Coming in at roughly 6 x 6 x 12 inches, the next generation gaming platform is merely taller than previous Xbox One hardware and barely deeper than a standard Blu-ray case. You might need to account for the additional headroom but thankfully none of the airflow ports on the Xbox Series X are blocked in either standing orientation.

The Xbox Series X, after being removed from its packaging cocoon, is ready for display on your shelf or entertainment center. With the standing base pre-attached, it can be displayed in either a horizontal or vertical orientation without any effort. On the front of the console, you'll see one of three USB 3.1 Gen 1 ports on the console as well as the pairing button for additional remotes and controllers. Embedded within the pairing button is the IR sensor that will allow owners to continue using their Logitech Harmony or other remotes with the Xbox Series X.

As you move to the rear of the unit, you'll see all six of the ports on the Xbox Series X in one cluster in the center of the console. These are each labeled with raised bumps, so if you're blindly reaching behind your console to swap in a new HDMI controller or plug in the ethernet cable you ripped out after a bad Gulag match, you can find them with relative ease. The other two USB 3.1 Gen 1 ports are found here as well as the storage expansion port for one of Seagate's new 1TB expansion drives.

Microsoft's ideal plan to continue the Xbox One lineup into the next generation also applies to the updated Xbox controller that comes packaged with every new Xbox Series X. At first glance, the controller looks identical to the Xbox one offering but with a new share button and refined directional-pad. If you take a closer look at the new controller, you'll see that there's much more to the controller than just a new button. As you get closer to the controller, you can see the addition of a textured grip not just in the handles of the Xbox Series X controller but also on each trigger and bumper. The charging port has also been redesigned from the Micro-USB input of last generation to a new standard of USB Type-C.

Coming in at 231g versus the most recent Xbox One controller at 223g, there isn't much of a difference in weight between the two. Despite this, the Xbox Series X controller has a bit more center mass and the weight distribution feels more balanced between both hands when picking it up for the first time. 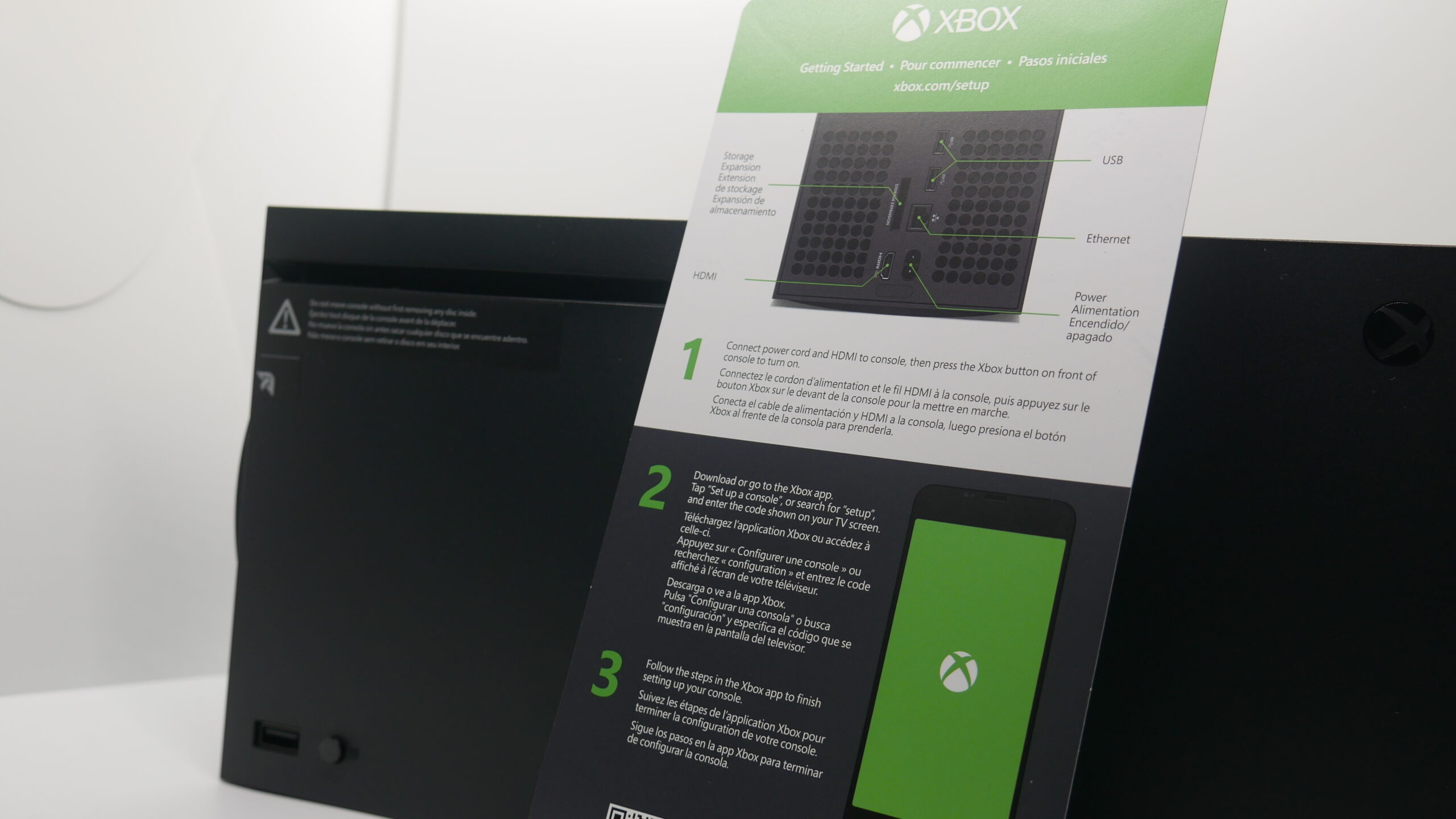 Beyond the enhanced controller and requisite power and HDMI 2.1 cables, the only other item that new Xbox Series X owners can anticipate unwrapping is a short one-page setup guide for the new console. Through either your smartphone or television prompts, users will need to connect their Xbox Series X to the internet and follow the processes in order to get their console set up for the first time.

And I'm sorry #TeamSticker, the Xbox Series X doesn't actually come with the removable adornment. You'll need to preserve one from your first-run Xbox One consoles if you want to give the Xbox Series X the proper flair it deserves.

If you missed our Xbox Series S unboxing earlier this week (or just can't get enough of Dave's rugged good looks), you can check out the unboxing video below as well as on our new dedicated gaming channel, Wccftech Plays, on YouTube.

Both the Xbox Series S and Xbox Series X will launch globally starting November 10th for $499/£449. Lastly, are there any Xbox titles from previous generations that you would like to see in our full coverage in the coming weeks? Let us know in the comments below!