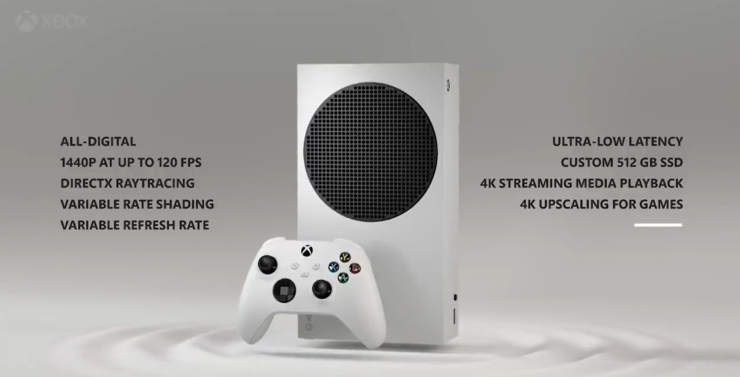 The Xbox Series S reveal trailer has just leaked ahead of Microsoft’s official reveal, confirming the console’s features and specifications.

The console was supposed to be officially unveiled shortly, but it seems Microsoft’s flood gates are wide open as the reveal trailer already surfaced online.

no point holding this back now I guess pic.twitter.com/SgOAjm3BuP

As we already guessed from the shot that surfaced earlier, the Series S will be an all-digital console. As such, no disc drive will be included.

Microsoft's budget version of the Series X will have a form factor 60% smaller than the Xbox Series X and will come with a custom 512GB NVME SSD. Other features that will be supported on the Series S include hardware Ray Tracing, Variable Rate Shading (VRS), Variable Refresh Rates, Ultra-low latency, 4K game upscaling and 4K media playback.

Back in June of this year we already reported on some of the rumored specs of the console, then still codenamed Lockhart. Based on these rumors, it was suggested that the console would be targeting a performance level of either 1080p at 60FPS or 1440p at 30FPS. According to the new trailer, however, we could be looking at even higher framerates in 1440p resolution - up to 120FPS. Additional details about this performance target are still unknown.