Microsoft has been putting a lot of effort in making its Xbox One console stand out on store shelves, and if you are currently finding it hard to decide which eighth generation home console you should spend your hard-earned money on, Microsoft has taken a step to make it a little easy for your to differentiate between the two consoles by knocking off $50 and bringing the Xbox One’s retail price down to $299.99 - for a "limited time". Yes, this is the cheapest that Microsoft has ever officially sold the console since its launch. 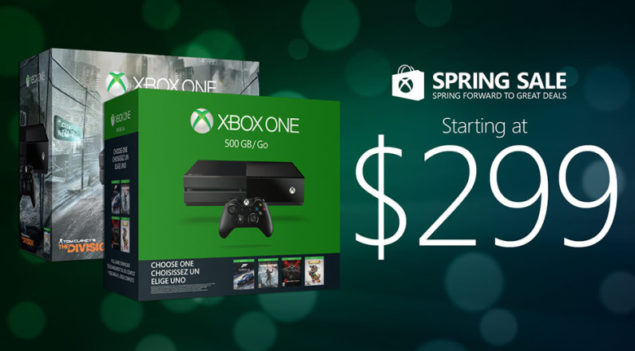 Microsoft is cutting the price of its latest Xbox One console as part of the Xbox Spring Sale. Starting March 20, gamers will be able to pick up brand new Xbox One consoles at a special price of $299, according to the official announcement made on the Major Nelson blog. This $50 special discount will remain in effect for only a limited period of time, and will include all Xbox One console bundles at participating retailers in the US. There is no word on whether or not the retail cost of the console will return to its usual $350 price point, so those who are interested in picking up a bundle should best buy one as soon as the price drop is implemented.

As part of Xbox Spring Sale promotional event, the American platform holder will also offer significant discounts on a range of digital PC, Xbox One, and Xbox 360 backward compatible video game titles. Starting March 22, two days after the Xbox One price cut, players will be able to pick up games of their choice and “save up to 40 to 60 percent off, with some at more than 60 percent off.” There will be over 150 discounted items available in the Xbox Store for Xbox Live silver users and Gold Subscribers, and while Microsoft hasn’t revealed a complete list yet, it has pointed out that some of 2015’s biggest releases, like Call of Duty: Black Ops III, Halo 5, Far Cry Primal and Fallout 4 will be available on discounted rates. 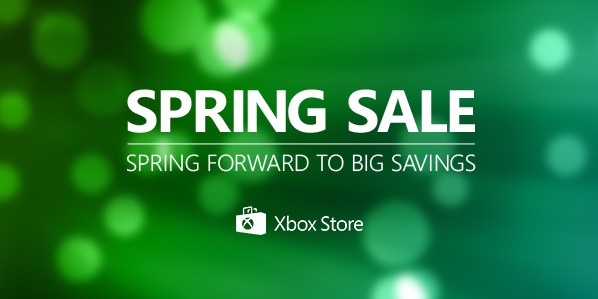 In addition to all these discounts on digital video game titles, Microsoft’s spring sale event will also see considerable discounts on the prices of movies and TV content purchased from Microsoft Store. If you are not an Xbox live Gold subscriber already, you will be able to claim an additional discount of up to 10 percent on games by joining the Gold club. The sale on video game and TV content will run for one week. The most-demanded Xbox One console bundles will also be available with a $50 off the usual retail price. Here is what that means:

The $299 price point is expected to attract more gamers towards purchasing Xbox One console, which of course would give Microsoft an edge over Sony’s PlayStation 4 console in coming weeks. Software sales on the console are also expected to grow. Microsoft has been putting all its efforts into dwindling the gap between the Xbox One and PlayStation 4 on sales charts, but it seems like Sony’s game is growing even stronger. The PlayStation 4 beat the Xbox One to become the best-selling console in the US throughout the month of February.

Mirage: Arcane Warfare Is Free To Keep If You Get It In The Next 24 Hours