Snippets of new Crackdown 3 concept art has been released today on the official Crackdown 3 website. The art snippets show colourful environments alongside armor suits and weaponry. 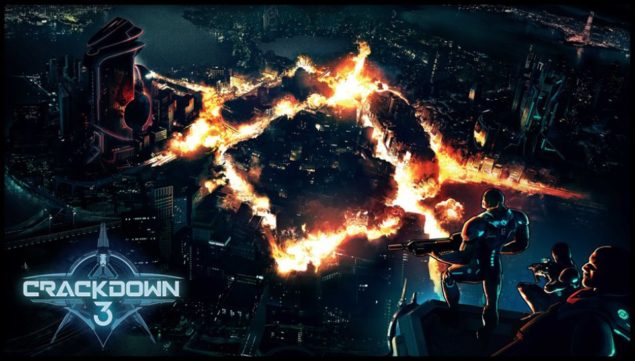 The snippets have been made available on the official Crackdown website as a happy holiday gift.

Happy holidays, Agents! Our gift to you: click the orbs on the tree below to reveal snippets of never-before-seen Crackdown 3 concept art! 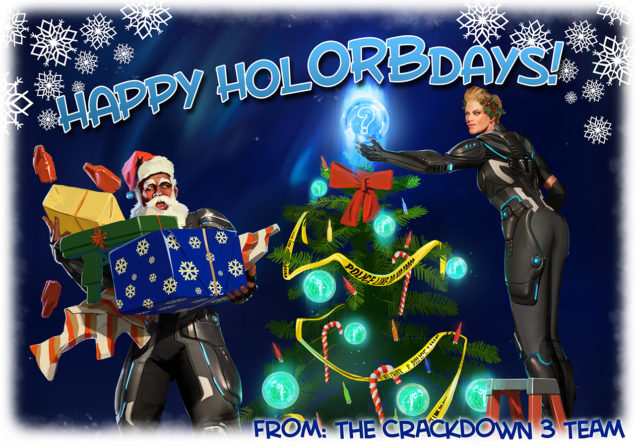 Check out the gallery of new concept art below. Note that these are snippets from concept art, and not the complete piece of art.

Crackdown 3 to use Microsoft's cloud technology

Crackdown 3 is scheduled for a release in 2016, and was officially announced at the E3 of 2014. The games’ multiplayer mode makes use of the Microsoft’s cloud technology to power real time destruction in the game.

Enter Crackdown 3’s sandbox of mayhem and destruction and become a Super-Powered Agent dedicated to Justice by any means necessary.  Explore the heights of a dangerous futuristic city, cut through gang-infested streets in a transforming vehicle, and wield amazing abilities to dismantle a ruthless criminal empire.  Developed by original creator Dave Jones, Crackdown 3 will deliver cooperative chaos and an all-new multiplayer mode where destruction is your ultimate weapon against friends and rivals online.  Whether you’re playing the all-new Campaign or enjoying a truly revolutionary competitive experience, you’ll never look at open-world gaming the same way again.

Check out the Crackdown 3 first look trailer below:

The game’s official title was revealed during Gamescom 2015, where the game’s cloud tech was shown off for the very first time. Because the game makes use of the cloud, full-scale destruction will be exclusive to the game’s multiplayer mode. The game’s campaign (singleplayer) will feature destruction as well, but to a limited degree.