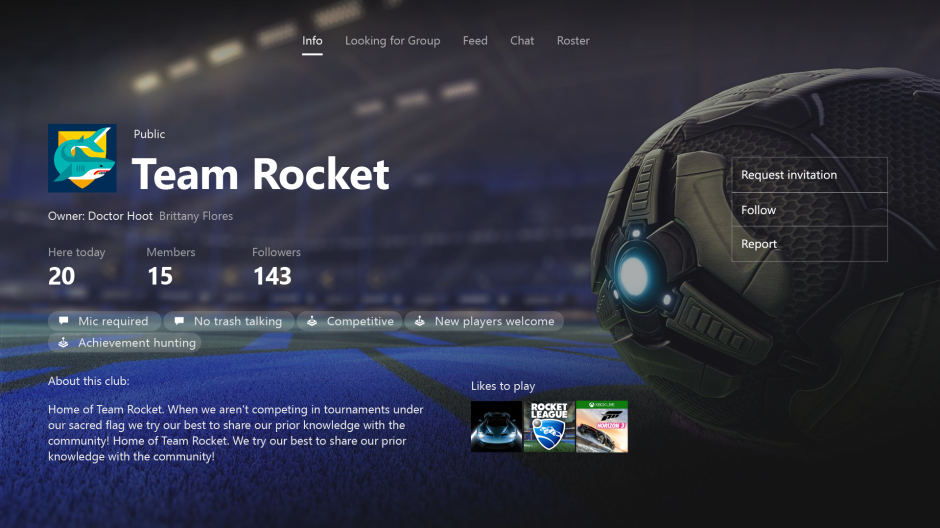 Microsoft has begun rolling out the Xbox One Holiday update for Xbox and Xbox App on Windows 10, iOS, and Android.

“With this holiday update, Xbox Live becomes even more social as we unite gamers across devices, giving you access to more people to play with that share your interests and more choice in how you play. The update also builds upon our vision to foster a welcoming experience on Xbox Live where everyone is included, respected, and supported. The updates start to hit Xbox One consoles and the Xbox app starting today”, Henson wrote.

Check out the update’s top features down below:

Clubs on Xbox Live. Clubs are gamer-created and managed groups that can help you meet people and grow communities of gamers who love the same things you do. Anyone can join or create a Club, and you’ll probably see a Club for just about everything. If you do not, creating a Club is quick and easy. As a Club member, you’ll be able to set up parties, play games, share content, and easily communicate using voice and text chat with the Club across Xbox One and the Xbox app on Windows 10, iOS, and Android devices, which is great if you want to stay in touch with your Clubs on the go, or find and join new Clubs from your phone.

Looking for Group on Xbox Live. Looking for Group (LFG) helps you quickly find other players that you want to game with. It’s like posting a gaming “want-ad” to the Xbox community. You can use LFG to help complete daily quests, Achievement hunt, or even get a group together to annihilate hordes of the Swarm and DeeBees in Gears of War 4. You’ll be able to add certain requirements to make sure that you’re finding the right gamers. You can specify the game, the game mode, the language the party will be speaking, how many people you need, rules like no trash talking or casual friendly, and any other in-game requirements like level, gear or character type.

Achievement Rarity. Achievement Rarity, a top fan request on Xbox Feedback, helps you discover just how unique an Achievement is among players of a given game. When you earn a rare Achievement, you’ll get a special notification and diamond icon highlighting it. Unlock one today and let us know how you like the new animation!

Group Messaging on Xbox Live: Group Messaging helps you coordinate and keep in touch with your friends and fellow gamers by sending a single group message to everyone in a single conversation.

For full details about the holiday update, check out the official post on the Xbox Wire.