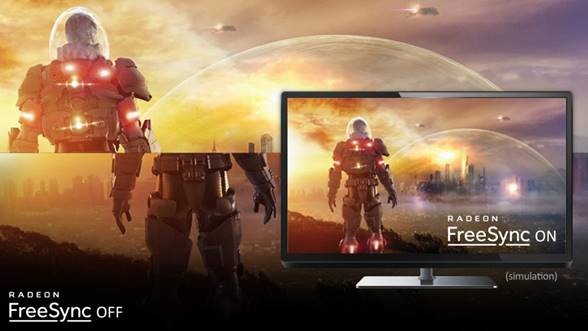 AMD Xbox One FreeSync is now available for testing for Xbox insiders in all Xbox One Preview rings, Microsoft has announced.

Microsoft and AMD announced the Radeon FreeSync technology for Xbox One consoles last month for a release through the Xbox One Spring update. The FreeSync tech eliminates screen stuttering and tearing during gameplay on select monitors that support Radeon Freesync.

“Gamers on Xbox One S and Xbox One X can now enjoy the same benefits of their PC gaming counterparts, with broader rollout following in the next few weeks: exceptional stutter-free gaming experiences powered by Radeon FreeSync technology,” said Scott Herkelman, vice president and general manager, Radeon Technologies Group, AMD. “The quality of the experience, wide variety of enabled displays, and gamer-friendly pricing have all contributed to PC gamers choosing Radeon FreeSync as the definitive adaptive refresh solution. Now, thanks to Microsoft, millions more gamers playing on Xbox One S and X consoles will have access to tear-free gaming in their living rooms.” 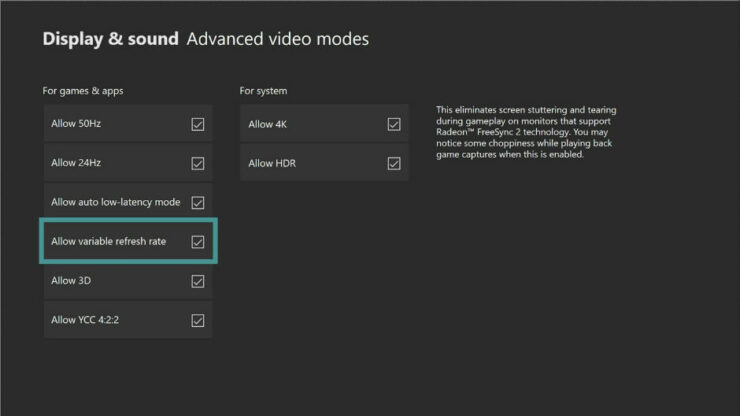 “AMD and Microsoft have a long history of innovation, collaborating on hardware and software to bring gamers the best possible experiences,” said Albert Penello, Senior Director, Xbox Console Marketing. “With the introduction of FreeSync technology support for our Xbox One platform, AMD and Microsoft are bringing a critical gaming technology to a broader base of gamers. We are excited to deliver a whole new caliber of smooth gameplay to players on Xbox One S and Xbox One X.”

In addition to supporting the FreeSync 2 technology on Xbox One S and Xbox One X, the original Xbox One will support FreeSync (1). To test out the tech, head over to the Xbox Insider Hub and follow the instructions in the “Test FreeSync” Quest. Please note that you will need a Radeon FreeSync compatible display in order to test out the tech.