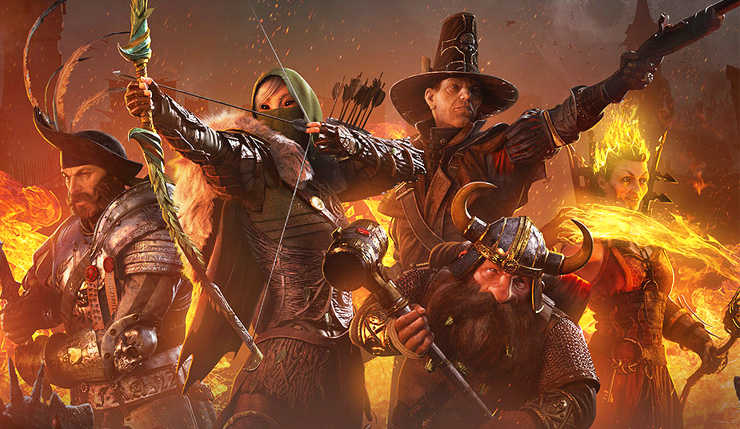 Microsoft has revealed their December Xbox Live Games With Gold lineup, which includes your standard two Xbox One games and two Xbox 360 games. Of course, the Xbox 360 games can be played on Xbox One via backward compatibility. Next month’s selection includes shooter Warhammer: End Times - Vermintide, Telltale’s Back to the Future: The Game, acclaimed rhythm game Child of Eden, and the hack ‘n’ slash, Marlow Briggs and the Mask of Death. Check out a brief trailer, below.

Set in the renowned Warhammer Fantasy world, this four-player co-op first-person shooter is full of gorgeous graphics and immersive multiplayer gameplay. Enhanced for Xbox One X with native 4K support and more detailed textures, only help to heighten the game’s unique visual look. Choose from five characters with differing abilities and strengths in your quest to drive the Skaven out of the proud city of Ubersreik. Use the loot and crafting system to your advantage as you amass weaponry ideal for your character. You’ll have to defeat hordes of Skaven as well as many special enemy types in your quest to defeat the Vermintide!

Back to the Future: The Game – 30th Anniversary Edition

Marty’s back! In this fan-favorite adventure game, the time-traveling DeLorean returns to Hill Valley, minus a driver, and Marty must protect the space-time continuum. With creative input from the film’s producer, Bob Gale, and vocal contributions from Christopher Lloyd and Michael J. Fox, and introducing A.J. LoCasio as Marty McFly in a stellar performance, this is a thrill ride you definitely need to buckle in for.

Experience the breathtaking sights and sounds of Child of Eden. With sound and vision in one display of synesthesia, Child of Eden brings simple, yet intuitive controls together with unique visuals and music that adapts to your playing style. Electrify your senses with this unparalleled music-action experience from Tetsuya Mizuguchi and Q Entertainment.

Marlow Briggs and the Mask of Death

Jump into the action as Marlow Briggs in this third-person hack-n-slash homage to blockbuster action movies and comic book heroes set in the Mayan jungle in Central America. Save your girl and save the planet with a little help from a 2000-year-old Mayan Death Mask.

Child of Eden will be available from December 1 to 15, Back to the Future and Marlow Briggs will be available on December 16, and Warhammer: End Times can be downloaded all month long. As always, once you download a Games With Gold title, you’ll have permanent access to it as long as you still have an active Xbox Live Gold membership.

Not the most thrilling lineup, but then December releases rarely are. Hopefully things pick up in January. Anything strike your fancy this month?