We've covered, at length, Microsoft and their move towards streaming over the cloud. xCloud, as the company has been happy to say, will be as good as their console offering, though not designed to replace it.

How true this will be is something that we will, eventually, find out. One challenge that needs to be conquered before playing console-style games on phones is the actual control of these games. Touchscreen controls are fine for certain types of games, but for the style of game that you find on consoles they are, frankly, useless. This is something that Microsoft is looking at, specifically with the development and eventual production of an Xbox controller designed for phones.

According to research papers, originally posted by Windows Central, these controllers are designed to work with the 'console quality' streaming on mobile devices. The current design, as seen in the papers, would have the ability to split into two parts and attach to either side of your device. In addition to this, there appears to be a charging which these two parts can attach to a charging dock.

According to Windows Central, Microsoft have indicated their thoughts and inspirations, writing:

As smartphones and tablets have become pervasive, so has mobile gaming. Not surprisingly, popular games for these platforms are focused on touchscreen-based interaction. However, many types of game are less well-suited to mobile devices. Despite systems like AdaptControl which can adapt to the 'drift' typically occurring when using virtual on-screen controls, touchbased emulations of traditional gaming controls like Dpads, buttons & joysticks are often unsatisfactory.

Mobile gaming devices like the Sony PlayStation Portable and Nintendo's DS and Switch are dedicated mobile gaming platforms which overcome these limitations via physical controls. The success of the Switch is testament to the value of mobile gaming with physical controls. A number of cheaper products allow a smartphone to be clipped into or onto a modified handheld gaming controller; these include the ION iCade mobile, the GameCase, the GameVice and products from Moga. However, the fixed form of these accessories means they are bulky and inflexible. 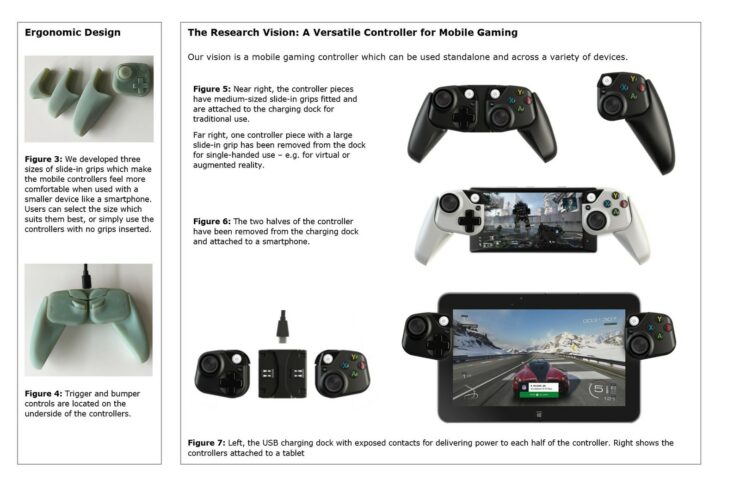 Controllers like this make perfect sense. Unless a game is specifically designed for them, touch controls are an impossible way to control larger games that are what people would be streaming using xCloud. This is something I've had personal experience with, while using Shadow, another streaming application. With that, I was able to play Shadow of the Tomb Raider on my Samsung Galaxy S8, though to do this I needed a Bluetooth controller I bought from Amazon. I tried to use the touchscreen and, unsurprisingly, it didn't work.

Ideally, being developed and produced by Microsoft, whichever controller is eventually made that links to your phone will seamlessly work with your device and, of course, xCloud when loaded on it. While it may not be as soon as you would like, with public trials to begin next year, this gives the company time to make the ideal controller. Specifically, one that is far and beyond the alternatives available right now.