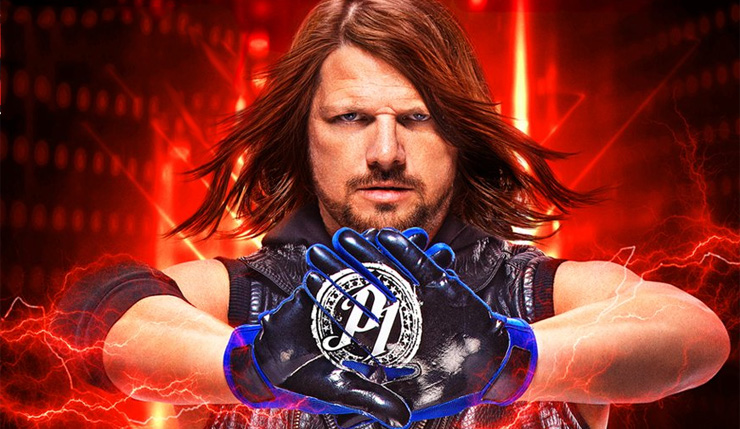 We all knew it was coming, but WWE 2K19 has officially been announced, and this time around the game will be fronted by “The Phenomenal One,” AJ Styles. No new gameplay details have been revealed, but AJ did announce the Million-Dollar Challenge, which is pretty much exactly what it sounds like. Anybody who buys WWE 2K19 can enter for a chance to challenge AJ Styles (in the game, thankfully) and if you win, you get a cool million bucks. You can get more details on the contest, right here.

We also got some info about WWE 2K19’s Deluxe and Collector’s Editions. Here’s what they contain:

No word yet on what the Deluxe or Collector’s Editions will cost, or what kind of “exclusive and rare physical collectibles” you’ll be get with the Collector’s version.

Hopefully WWE 2K19 addresses some of the series longstanding flaws, as I found WWE 2K18 to be a game badly in need of an overhaul in my review…

“WWE 2K18 is great if creating wacky wrestlers is all you’re interested in, but those looking for solid in-ring action or a compelling career mode will be let down yet again. If WWE 2K18 were a wrestler, it’d be Jinder Mahal – all flashy show muscles, no fundamentals."

WWE 2K19 450 splashes onto PC, Xbox One, and PS4 (no Switch version this year). Those who buy the Deluxe or Collector’s Editions can play 4 days early on October 5.