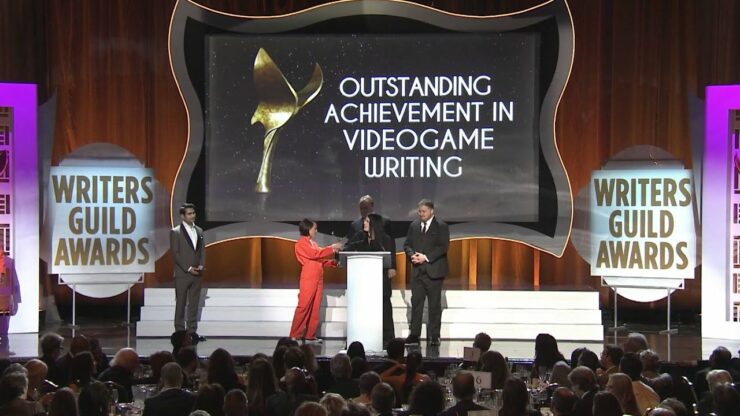 The Writers Guild of America (WGA) has decided to cut its Video Game Writing Award for next year. It had been present ever since it was first introduced in 2008.

The news comes from The Hollywood Reporter, which was able to get a statement from a Writers Guild of America representative.

There won’t be a Videogame Writing Award in 2020. However, the category will be reinstated when there is a critical mass of video games covered by the WGA in order to provide a meaningful award selection process.

The issue here is that 'covered by the WGA' means only games made by writers that are part of the WGA Video Game Writers Caucus can be considered, which is after all the reason behind Red Dead Redemption 2 not even getting a nomination last year. Additionally, to be a member of the WGA and be eligible for the award you had to pay a $100 fee, which didn't sit right with many developers.

It looks like that will remain the last WGA Video Game Writing Award for some time. Other recent winners in this console generation were Guerrilla Games with Horizon Zero Dawn in 2017, Naughty Dog with Uncharted 4: A Thief's End in 2016, and Crystal Dynamics with Rise of the Tomb Raider in 2015.

The Game Awards 2014: Here’s a Roundup of All the Winners and New Video Game Trailers