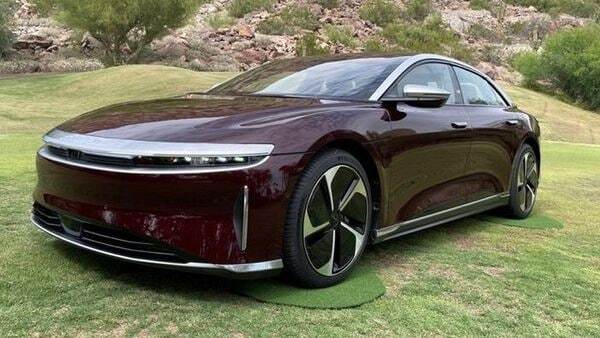 Lucid Group (NASDAQ:LCID), the manufacturer of ultra-luxury Air EVs, seems to have regained its pre-merger propensity to post outsized gains, as indicated by today's bull run.

As an illustration, Lucid Group shares are up around 40 percent today, approaching the psychologically important $40 price level.

Today’s bull run seems to be a result of investors playing catch up as the Lucid Air deliveries are set to begin this weekend, with the company now holding a dedicated delivery event on the 30th of October.

In another positive development, the Saudi investment minister has now confirmed that Lucid Group is exploring the opportunity to establish a manufacturing facility in the Kingdom. The minister is the highest-ranking official in the Kingdom to have made this statement so far. Back in September, we had quoted the Saudi Standards and Metrology Authority which had tweeted that the company would establish a manufacturing facility in the Kingdom by 2024. In light of recent developments, this eventuality seems closer than ever to reality.

This brings us to the crux of the matter. Morgan Stanley’s Adam Jonas, a Tesla permabull, still maintains a ridiculous $12 stock price target on Lucid Group shares. While the analyst concedes that the company might occupy a sustainable niche in the highly competitive EV market, he continues to assert that the road ahead would likely be littered with “many obstacles.” Jonas also expects Lucid Group to raise additional capital for the Phase 3 expansion of its Casa Grande facility, which would expand its manufacturing capacity to 365,000 units per annum. Nonetheless, in light of the fast-paced developments over the past few weeks, Morgan Stanley’s target is clearly obsolete and contrary to the market’s expectations. For reference, Lucid shares are now up a whopping 212 percent relative to Morgan Stanley’s target. Consequently, we would not be surprised if the Tesla permabull were to now reevaluate Lucid Group’s strengths.

Bear in mind that Lucid Group has received over 13,000 reservations for the Air EV. Moreover, the company plans to deliver 520 units of the Lucid Air Dream limited edition in order to mark the groundbreaking EPA range estimate of 520 miles for this version.

Lucid Group has so far largely adhered to its stated timeline for achieving major milestones. The company plans to manufacture 520 units in 2021, ramping up its production cadence to 20K units in 2022 and 49K units in 2023. Crucially, 2023 would also see the launch of the Lucid Gravity SUV. Moreover, overseas shipments are likely to commence next year.